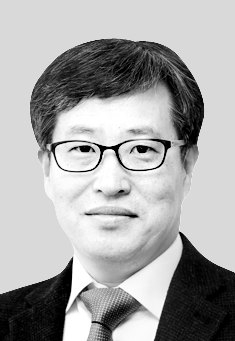 
Mao Anying, the eldest son of Mao Zedong, has often been cited as an example of noblesse oblige, referring to those from noble or elite families exercising honorable social responsibilities. Mao, at 28, joined the Korean War (1950-1953) as a Russian translator to Gen. Peng Dehuai, the commander of the Chinese People’s Volunteer Army in Korea. He was killed in an air raid by the U.S. forces. Chairman Mao was told of his son’s death two months later. He reportedly spent a day brooding and smoking. “Without a sacrifice, there will be no victory,” the father was known to have said stoically.

There are other versions of his death. The younger Mao reportedly had defied strict military order not to cook during daytime to avoid detection by U.S. surveillance planes. But he made an egg for breakfast for himself. The smoke attracted the bombing. Gen. Peng also had been ever watchful of the younger Mao. Peng reportedly kept him at his side at all times — and didn’t give him a rifle. Such favoritism on a battlefield would have been notable.

The ruling Democratic Party (DP) in Korea has gone all out to defend Justice Minister Choo Mi-ae, who is under suspicion of encouraging favoritism toward her son during his military service in 2017. She keeps her head high and snorts in disapproval of the hype about her son. “He had surgery on his leg and would not have had to go into the army had I not been a lawmaker,” she retorted. Senior DP lawmaker Seol Hoon claimed that her son should be praised for having served though he could have been exempted from military duty. Rep. Seol was criticizing the opposition for trying to find fault with a young man and his mother who “actually practiced noblesse oblige.”

But Choo’s son’s act can hardly be honorable. Enrolling while hiding disqualifying medical conditions to serve in the military amounts to the illegal act of “interrupting military service.” His case is not the same as enlisting despite having a foreign nationality or family conditions. The motive is more problematic if the politician sent her sick son to the military for the sake of her career. DP Chairman Lee Nak-yon petitioned for his son’s enlisting in spite of his “recurring joint dislocation,” but was denied. If Choo’s son was allowed into the military even after reporting his medical condition, he was accepted as he was deemed able. There is nothing honorable about it. Moreover, he served his term at the Korean Augmentation to The United States Army (Katusa), not on the frontline or in the Marine Corps.

Choo’s son indeed caused harm to the Army. He took sick leave for another operation on his knee just seven months after his enlistment because of pain in his knee, which he had operated on 18 months before joining the military. He dampened his fellow soldiers’ morale by taking sick leave longer than his peers’ after joining the military “he did not have to join.” Thanks to his mother’s position in a high place, he demoralized his fellow soldiers and dishonored the Army.

People can get sick during military service. If he had wished to complete his duty to the nation as all Korean able men do, he should have followed military rules. In the past, a politician advised his son, who had been assigned to a frontline post, to lie if anyone asked about who his father was. Noblesse oblige loses its nobleness the moment one boasts about it.

The legitimacy of Choo’s son’s use of vacation in the military should be investigated. But the public has become aware of the hypocrisy of a political elite who wish to lose nothing while in power — parenthood, honor or reputation. We have seen it before. The scandal of former Justice Minister Cho Kuk and his family manifested as they were either unaware of “innate immorality” in their acts or thought they were “passable.” The liberal mainstream shows such tendencies as Choo’s family’s deed is being packaged as “noblesse oblige” or “passable” today.

In the novel “The Stolen Poverty” by Park Wan-seo, the heroine, who is a factory worker, laments how the rich even steal poverty upon learning that her coworker — and boyfriend — were university students who wanted to experience the life of the working class. The young people would be deploring how the elite are even stealing arduous military duty for their own dignity.