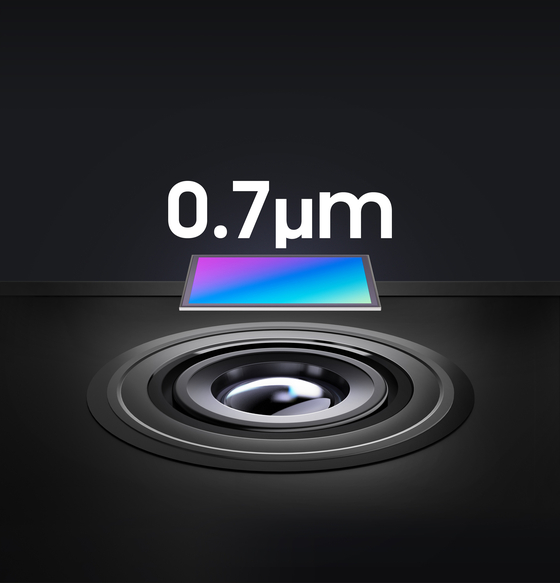 Samsung Electronics on Tuesday unveiled a higher-resolution version of its 0.7-micrometer-pixel image sensors in a bid to win over smartphone manufacturers on the lookout for high-performing yet compact camera sensors.

The highest resolution class comes in at 108 megapixels, followed by 64-, 48- and 31-megapixel offerings.

All of them, branded Isocell, are 0.7-micrometer chips, the smallest currently manufactured and equal to 0.0007 millimeters, far smaller than a single human hair.

Samsung expects the minuscule size to appeal to smartphone makers since smaller image sensors are easier to fit into the latest design trends.

“Samsung’s newest image sensors are up to 15 percent smaller than the 0.8-micrometer-pixel sensors of the same resolution and reduce the height of the camera module by up to 10 percent,” it said in a statement.

Its first 0.7-micrometer-pixel sensor, which was the industry’s first, debuted last year with 43.7 megapixels of resolution.

“Samsung continues to pioneer innovations, such as Isocell Plus and Smart ISO, to deliver more pixels in a smaller package,” said Park Yong-in, executive vice president of the sensor business at Samsung Electronics.

“Last year, Samsung introduced the industry’s first 0.7-micrometer-pixel image sensor and the first 108-megapixel sensors. Now we are bringing more of the advanced pixel technologies to mobile cameras in a variety of options that will enable high-resolution images and sleeker designs in a wider selection of tomorrow’s mobile devices.”

Samsung is the world’s second largest supplier of mobile image sensors after Sony.

Its products are used by Chinese smartphone manufacturers Xiaomi, Vivo, Oppo, and Realme, while Sony supplies its sensors to Apple, OnePlus, Xiaomi and Oppo.