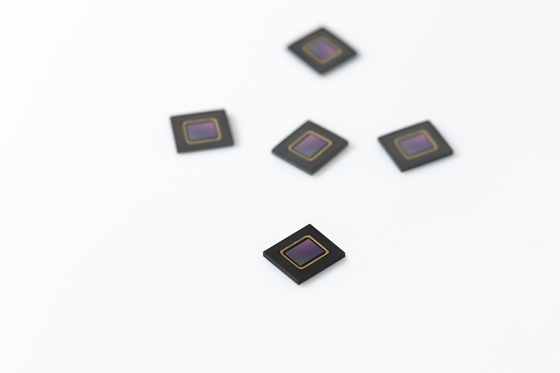 
Samsung Electronics released its first image sensor for cars as the chipmaker broadens the range of its image sensors beyond mobile phone applications.

The sensors will be used for rear-view cameras and surround-view monitors in vehicles and offer high-definition resolution.

Samsung said it applied its CornerPixel technology for the first time, which will help reduce blind spots even in extreme conditions.

Its pixel design technology embeds two photodiodes in a single pixel area, with a 3.0-micrometer pixel for low light images and a 1.0-micrometer pixel for brighter environments. It offers advanced 120-decibel high dynamic range with minimal motion blur, which will enable smoother transitions between dark and brighter areas, according to Samsung.

The new image sensor also features LED flicker mitigation solutions for more accurate images. Samsung said the smaller photodiode's exposure time can be extended to minimize flickering that may come from LED headlamps of road signage, such as street lamps and traffic lights.

The ISOCELL Auto 4AC, which meets AEC-Q100 Grade 2 qualifications, including an operating temperature range between minus 40 and 125 C, is currently in mass production, Samsung said.

"Starting with the ISOCELL Auto 4AC, we plan to expand our automotive sensor lineup to areas such as camera monitor systems, autonomous driving and in-cabin monitoring," Chang Duck-hyun, executive vice president of the sensor business at Samsung, said.

Samsung Electronics is the second largest manufacturer of image sensors after Sony in terms of market share, but its presence in the automotive sector has been almost non-existent.

In the automotive image sensor field, Phoenix, Arizona-based On Semiconductor is the largest player, followed by China’s OmniVision technologies.