Hyundai throws out the playbook with new Tucson

Hyundai throws out the playbook with new Tucson 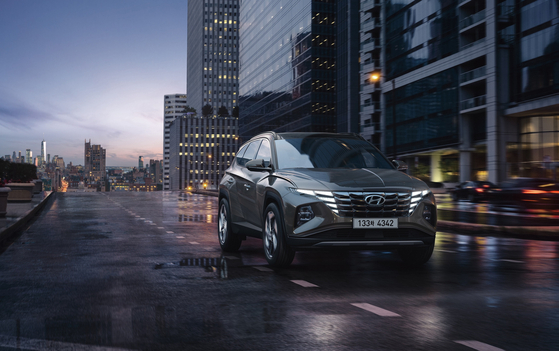 
Hyundai Motor has fully revamped its compact SUV Tucson for the first time in five years, making substantial changes not just to the exterior and interior of the vehicle, but also under the hood.

The Seoul-based automaker broadcast the launch of the fourth generation Tucson through a number of online channels, including its official website and YouTube, on Sept. 15. More than 10,000 viewers around the world logged on to see the world premiere of the new car.

Rather than having a headlamp to either side of the grille, as is traditional, Hyundai has installed what it calls Parametric Hidden Lamps, or lights incorporated into the grille that are invisible when not on. 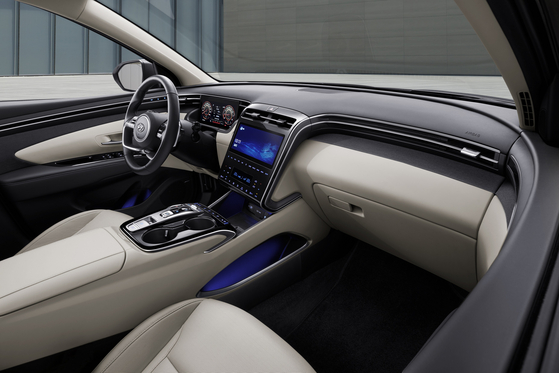 
The interior has had a similarly dramatic makeover.

The headlamps weren't the only staple that Hyundai has done away with — gone, too, are the air conditioning vents normally found arrayed along the front of the dashboard. Instead, one long, discreet air vent wraps around the entire vehicle, offering indirect ventilation to everybody in the car.

Hyundai Motor said it was inspired by the systems used in airplanes, where the air quality and temperature are always set to the right level, but without a blast of air being directed in anybody's face.

In addition to its physical transformation, the all-new Tucson comes equipped with air conditioning technology that is able to proactively clean the air through sensors, maintain a preset temperature by controlling ventilation and functions even when the engine is off to get rid of smells, all of which are firsts for Hyundai.

In terms of powertrain, the latest Tucson is the first to add eco-friendly engines — hybrid and plug-in hybrid — to the existing diesel- and gasoline-powered versions. Together they offer a total of 12 engine options, although which types will come to which markets is not decided yet.

The plug-in hybrid version will not launch in Korea, but is for overseas market only.

Diesel and gasoline versions started receiving preorders in Korea from Sept. 16. The price for the gasoline model is set between 24.3 million won ($20,600) and 31.5 million won and diesel between 26.2 million won and 33.4 million won. The hybrid version's price will be revealed next month, the carmaker said.

"The Tucson proudly stands in our lineup as the most dynamic SUV design and conveys a trendsetting spirit," said Lee Sang-yup, head of the Hyundai Global Design Center during the online event.

"We didn't want to create just another SUV, we wanted to create something iconic."

The Tucson SUV is one of Hyundai's bestselling models.

Last year, it sold 541,916 units globally, becoming the most sold SUV model for the automaker. In Korea, it was the fourth most sold model in the SUV lineup following the Santa Fe, Palisade and Kona.