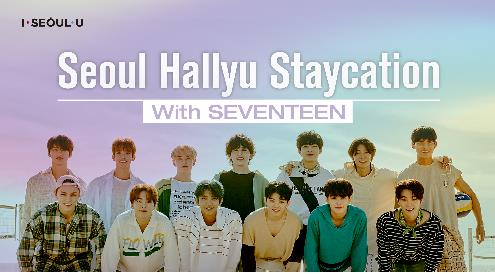 Seventeen’s Hallyu tourism promotion videos dubbed “Seoul Hallyu Staycation with Seventeen” will be released on YouTube channel “VisitSeoul TV,” which will not only feature K-pop content but also Korean food, K-dramas and various Korean culture such as fashion trends.

Another video introducing Insadong Street, one of the tourist attractions in Seoul with traditional antique shops, kimjang (kimchi making), and K-pop dances will be uploaded on Sept. 25.

"It is an honor to introduce a variety of video content for Hallyu fans around the world to experience the taste of Hallyu. We will do our best filming so that everyone will want to visit Seoul after watching our clips,” Seventeen said.