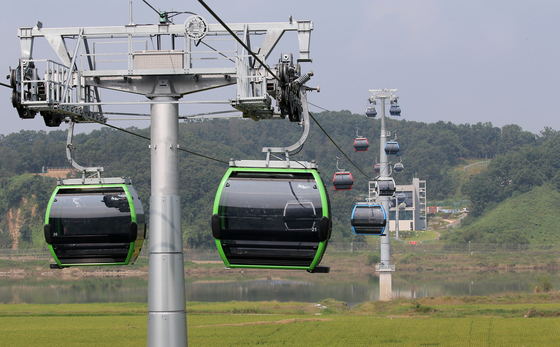 
Tours in the demilitarized zone (DMZ) run by the government in Paju, Gyeonggi will reopen next Tuesday, ending the 11-month hiatus since they were halted by the area's African swine fever outbreak last year.

“The tours will be held 10 times a day, each with less than 20 visitors at a time, to keep up with the Covid-19 social distancing recommendations,” the Paju city government announced on Thursday. “Group tours with more than 20 people will operate only through reservations.”

The city government had been running shuttle bus tours in the DMZ area, one of the most militarized zones in the world, which visits three locations: the Dorasan Station that used to connect the two Koreas; the Dorasan Observatory, which provides a look toward North Korea’s Kaesong city and villages; and the Third Tunnel near the observatory.

The latter is one of Paju's most popular DMZ-related tourist destinations, one of four infiltration tunnels built by North Korea under the inter-Korean border following the Korean War (1950-1953). The tunnel, discovered in 1978 by the South Korean military, spans over 1,635 meters (5,364 feet) in length and is 2 meters wide and 2 meters high.

The tours were shut down last October due to the African swine fever outbreak, which took hold of South Korea's Gyeonggi areas especially. The shutdown was extended with the onset of the Covid-19 outbreak in Korea earlier in the year.

“There will be several checkpoints where visitors will have their body temperatures measured,” the city government said in its statement Thursday. “We have held several simulations with the Army to ensure that each tour, of up to 20 visitors at a time, will be conducted in a manner to ensure they are well spaced out.” 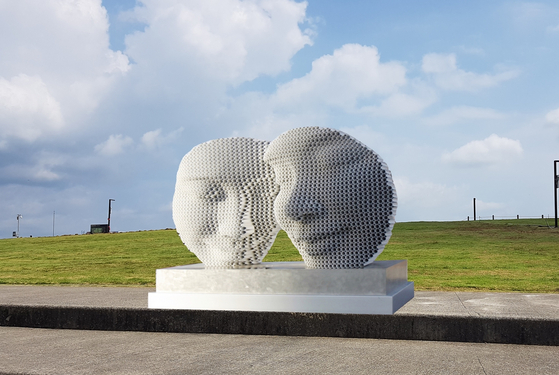 "We are One" by artist Yi Chul-hee, one of the artworks exhibited in Imjingak area of Paju, Gyeonggi. [YONHAP]


Other tours in the area, including the cable car rides across the Imjin River, have also started back up.

“We shut down the cars due to the swine fever outbreak last year but recommenced them in April,” said Eom Joo-young, an official of the Paju city government, over the phone on Thursday. “Due to the Covid-19 situation, however, visitors could only watch the scenery from within the cars and were not allowed exit upon reaching the other side of the river. We restarted on-foot tours on the other side of the river on Tuesday.”

Because the city government requires visitors to register their personal information, including their names, addresses and phone numbers, the tours are not yet open to foreign visitors, it said.

“We need to be able to trace people [if outbreaks take place], and it would be too hectic trying to locate foreign travelers without permanent addresses or readily-reachable phone numbers in the country,” a city government official said. “Tours will be open for foreigners when the government reduces the social distancing recommendation level to one.”

The so-called "DMZ peace trails" — hiking trails that opened last year in the DMZ areas of Paju and Gangwon’s Cheorwon and Goseong counties — remain shut down following the swine fever and Covid-19 outbreaks.

Before or after vaccination?