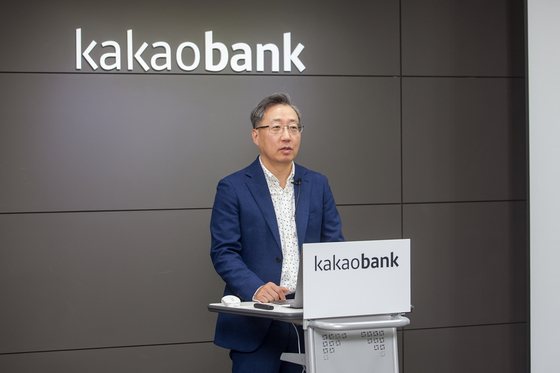 
Kakao Bank, one of two internet-only banks in Korea, said its board decided to start preparations for an initial public offering (IPO) at a meeting Wednesday.

The bank will now decide when it should go public and on which market in Korea. How many shares it will offer has also not been decided yet, according to the bank.

“Kakao Bank’s IPO is to secure capital for continuous growth,” the company said in a release.

It said it would decide on the auditor and lead underwriters within this year.

Once the underwriters are decided, it takes an average of six months before going public on the market unless faced with unexpected hurdles such as being evaluated as underqualified by the Korea Exchange.

Kakao Games, for example, selected its underwriters in April and went public on the secondary Kosdaq in September.

The bank was founded in 2017 as a second mover in the industry after K bank.

Its number of active users stands at 12.9 million.

Kakao Bank’s shares are being traded at 108,000 won per share over the counter on Sept. 23, amounting to 39.4 trillion won in market capitalization.