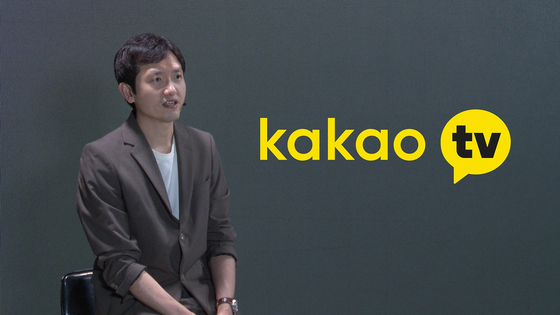 Shin Jong-su, director of the digital media content department at Kakao M, talks about the vision for Kakao TV on Tuesday. [KAKAO M]


Kakao M on Tuesday released a number of short-form dramas and reality shows for its Kakao TV platform, in a move aimed at challenging the likes of Netflix, YouTube and Naver.

According to Shin Jong-su, director of the digital media content department at Kakao M, younger people like fast-paced storytelling.

Shin said the service is more accessible than those of the competitors.

"We will plan and produce content that proves its completeness and generates curiosity about the next episode," added Shin.

Along with the horizontal format that generally suits existing TVs and screens, programs from Kakao TV will be produced in vertical, square and flexible formats for those using other devices for viewing.

"We aim to release a total of 350 episodes from six drama series and 19 reality shows through Kakao TV by the end of the year," Shin added. "Kakao TV will work as a good alternative for users who wish to enjoy content through their mobile devices, companies concerned about protecting their brands and as well as creators who think outside of the box and crave new content and forms.”

Kakao TV's motto for videos is “Mobile Oriented,” which means viewers can watch programs with their smartphones. Users of KakaoTalk do not need to download an additional app. They can watch while chatting on the messenger app.

They can be accessed via the Kakao TV app, the KakaoTalk tab “#” and Daum.