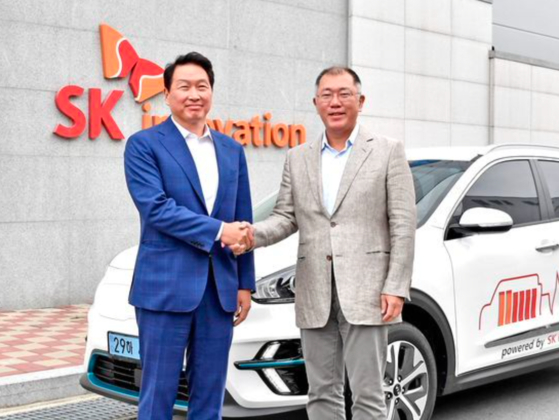 
The heads of four of Korea's most influential chaebol — Samsung, SK, Hyundai Motor and LG — reportedly met earlier this month to discuss possible areas of cooperation and ways to navigate the tough business environment caused by the Covid-19 pandemic.

“The gathering, including a meal, was intended as a way to share thoughts about current issues,” said a source with knowledge of the matter.

The meeting marks the first time the four business leaders have come together since January, when they all attended a New Year’s event hosted by the Korea Chamber of Commerce and Industry.

The gathering isn't entirely unheard of — according to sources, the four, along with Lotte Group Chairman Shin Dong-bin, meet relatively regularly to discuss business issues. Shin did not attend this month as he is currently in Japan.

“They agreed that the remaining half of this year will be tougher than the first half,” the source said, “and talked about making a concerted effort to overcome the challenges.”


Chaebol are far from being insulated from the fallout of the coronavirus pandemic.

Key affiliates from 11 out of the 15 largest companies in Korea reported lower revenues in the first half of this year compared to the same period over a year ago.

The focus of the discussion was to come with a coordinated response toward the economy impacted by the pandemic and a series of government regulations seen to burden major conglomerates. 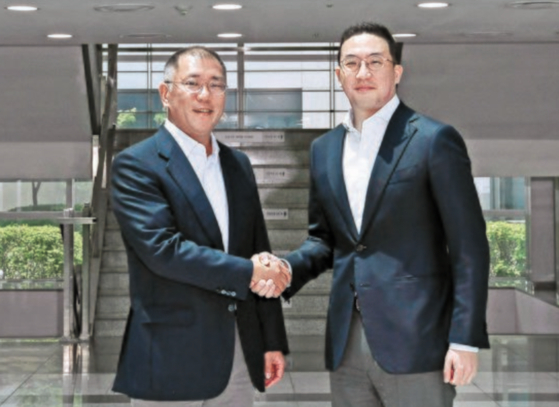 
Growing demand for electric vehicle (EV) and rechargeable batteries also acted as a reason for the business heavyweights to meet.

“There was a consensus surrounding [EV] batteries,” the source said, “They are believed to have discussed the prospects of the [EV] business.”

The direction is in line with the focus of a series of one-on-one meetings among the four this year.

In the first half of this year, Chung made a visit to manufacturing plants of all three battery makers — LG Chem, SK Innovation and Samsung SDI — to be briefed about each company's core technologies.

The source said that the issue of a legal dispute between SK Innovation and LG Chem over battery patents was not brought up at the latest meeting.

The rechargeable battery market is growing rapidly, buoyed by the push toward renewable energy.

“The related market for energy storage systems will expand at an accelerated pace after 2023, which will coincide with the declining price of rechargeable batteries,” said Park Yeon-joo, an analyst at Mirae Asset Daewoo.

Other insiders said that they also touched upon a set of pending regulations aimed at enhancing fair trade, an initiative blamed by businesses for burdening companies.