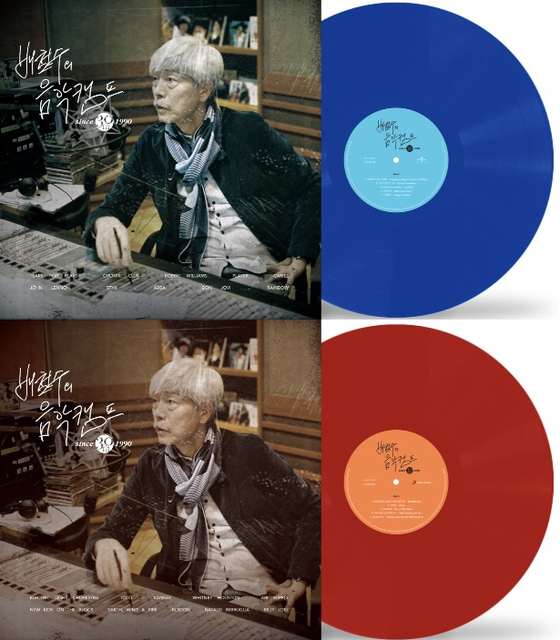 
MBC FM4U’s “Bae Cheol-soo’s Music Camp,” one of the longest-running and most beloved radio programs in Korea, released an album consisting of two LPs to celebrate the program’s 30th anniversary on Thursday.

Out of some 200,000 songs streamed on the program, it selected 20 of the most popular songs which were requested to be introduced on the radio.

Some of the classics include “Mamma Mia” by ABBA, John Lennon’s “Imagine,” Camel’s “Long Goodbyes,” Bon Jovi’s “You Give Love A Bad Name,” and Robbie William’s “Supreme” on the red LP, and Electric Light Orchestra’s “Mr. Blue Sky,” Toto’s “Africa,” Kansas’s “Dust In The Wind,” Whitney Houston’s “I Will Always Love You” and Billy Joel’s “Piano Man” on the blue LP.

“Like ‘Bae Cheol-soo’s Music Camp’ which transcends people, eras and generations, these LPs are about us,” Sony Music Entertainment said. “They are the record of the last 30 years and a musical banquet that shines over our yesterdays, todays and the tomorrows.”

In February, the program hosted a special week of shows titled “Live at the BBC,” where the host Bae Cheol-soo hosted the show from the BBC’s Maida Vale Studios in London to celebrate its 30th anniversary.

No age is too old for a challenge (KOR)