Are we prepared for unification?

Are we prepared for unification? 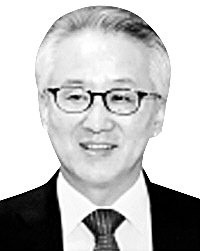 The author, a former ambassador to Germany, is a guest professor to Yonsei University Unification Institute.


As Germany celebrates its 30th year of unification on Oct. 3, I brood on whether Koreans still wish to reunite. Since we have gotten too used to peacetime, we may have come to think of unification as a distant event. During his visit to Germany in July 2017, President Moon Jae-in said South Korea only wishes for peace and that unification would come naturally through an agreement by the two Koreas once peace is established.

There are three primary lessons to be learned from Germany’s unification. First, the union arrived suddenly, even though West Germany had planned for an incremental process toward unification through peaceful coexistence and détente. Second, since West Germany was not prepared for a sudden reunification, there was much confusion and difficulty in the process. Third, the unification looked on its face as if it had taken place through a mutual agreement by the two sides, but in essence, East Germany — faced with incongruities of the Communist system — was absorbed into capitalist West Germany.

Thanks to its economic and diplomatic prowess, West Germany took the initiative in negotiations with the East, drawing endorsements from four global powers who had defeated Germany in World War II, and appeasing concerns from neighboring countries about European integration to achieve a peaceful unification 329 days after the collapse of the Berlin Wall. Germans advise Koreans to get ready for a sudden unification to lessen the confusion and damage from the transition. 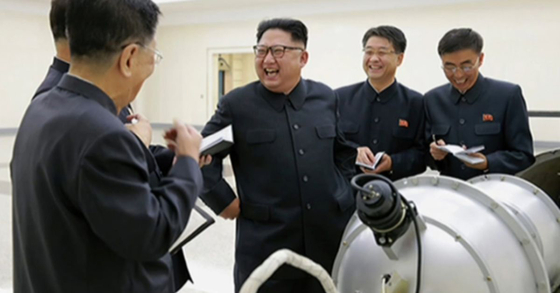 North Korean leader Kim Jong-un bursts into laughter after inspecting an alleged hydrogen bomb developed by North Korean scientists and weapons engineers in September 2017. According to the book ’Rage“ by Bob Woodward, Kim thinks the South Korean military is no match for the North’s power. [YONHAP]

The unification of the Korean Peninsula will likely bring about dramatic changes in North Korea. The serious flaws and complications from a dictatorship that have spanned three generations, dire economic straits from isolation, distortions in the distribution of resources, persistent nuclear ambitions and increasing defection to the South amid horrendous human rights conditions all could wreck the North Korean regime beyond repair. The sudden hoopla over North Korean leader Kim Jong-un being critically ill in April turned out to be untrue, but the dictator’s health issues could certainly trigger a sudden change in North Korea.

We must regard a radical change in North Korea as an imminent challenge. If unification suddenly arrives through an implosion of North Korea, we must be ready to jump at the chance. The Chancellor of West Germany and the architect of German reunification, Helmut Kohl, said that if you don’t grab the chance to become one, it will be a sin to history.

The change in North Korea would hit South Korea as a bigger challenge and shock than the German case. A unification for Korea requires a strategic mindset and a determined readiness to address the incongruities between the two systems after living under entirely different conditions for 70 years. The countries have suffered a war as well as the geopolitical fragilities from new Cold War-like tensions between the United States and China, the possibility of a military attack from North Korea and internal confusion in the South. How thorough and comprehensive is the Moon Jae-in administration’s preparation for drastic changes in economic, social, military, diplomatic and national integration context?

North Korea blew up the inter-Korean liaison office in Kaesong in June and refused any form of dialogue or improvement in the relationship. According to the book “Rage” by Bob Woodward on the Trump presidency, Kim Jong-un thinks the South Korean military is no match for the North’s power.

The comment suggests North Korea is ready to do away with peace anytime. It has never given up the party commitment to liberate the Korean people and revolutionize South Korea. To the North Korean regime, peace may be just rhetoric.

Peace and goodwill should be respected. But national policy and strategy must be strictly based on the reality and facts to prepare various responsive options. We must revisit the possibility of sweeping changes in North Korea, which had been silenced so as not to ruin the reconciliatory mood. There has to be various discussions on unification not only for the future of the country but also the future of the people.