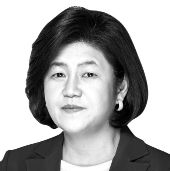 He also said, “It is meaningful for someone to succeed in a difficult situation, but what’s important is how they lived after success. If they ignore the powerless people’s pain, the success is meaningless.”

Roh invited a former government official to the Blue House to name him as land minister. Before their scheduled breakfast meeting, Roh received an envelope from the office of his senior secretary for civil affairs. The report showed the number of times the former official had allowed his family to accompany him on overseas business trips. Roh was disappointed. He could have ignored it, but didn’t. He did not offer the job to the candidate. Roh thought it was foul play for him to bring his family on overseas trips.

When he was a presidential candidate, one of his aides obtained an abstract of questions from a broadcaster before a TV debate. It was a customary practice at the time. But Roh got upset. “This is a foul play,” he told the aide. “Don’t tell me anything.”

The Moon Jae-in administration inherited the political legacy of Roh. Equality, fairness and justice were key words in Moon’s inauguration speech to uphold the philosophy of Roh. Three years and four months later, his promise of a society without foul play and privilege has morphed into a campaign to hunt down political enemies and attack the opposition. Moon’s allies share power and jobs among themselves, turned blind eyes to their own foul play and privileges and even defended them from breaking laws.

Former Justice Minister Cho Kuk’s daughter got admitted to a prestigious university by using an internship certificate that may have been forged and by being listed as the first author of an English-language medical paper when she was a mere high school student. Current Justice Minister Choo Mi-ae’s son used 19 days of medical leave but did not return to the military and got another extension by dubious means.

Their children could not have behaved this way unless they were powerful members of the administration. And yet, both of these shameless people were named minister of justice, of all positions. That clearly shows Roh’s philosophy has been forgotten.

In the face of public criticism, the ruling Democratic Party (DP) counterattacks the media and the opposition parties by arguing it is actually doing better than in the past. Really?

When most of the people were poor, fairness was not such a sensitive issue. With rapid economic growth, the pie has become larger to share and the trickle-down effect is being witnessed. All the people received gains, albeit different in sizes, from economic growth. They often climbed the social ladder by working and studying hard. Opportunities were not for everyone, but once you got them, you could climb.

After our society became stabilized — and economic growth slowed down — the social ladders got harder to climb. Education opportunity is decided by which family you were born into, and the quality of education determines your career and life. This structure has become more rigid than before.

In a society where the starting point decides jobs and lives, fairness becomes increasingly important. This is why the young are enraged about Choi Soon-sil’s daughter, who said “money is also a talent,” and about Cho’s daughter, who received college admission without taking a single test, and Choo’s son, who extended sick leave from military service with a phone call.

The DP says that an extension of medical leave using an expedient measure is a small injustice compared to draft-dodging. But that is an empty argument.

Roh was aware of this. He believed that a society can develop only when principles and common sense work with its capital of social trust. In his acceptance speech to become the DP’s presidential candidate in 2002, he said, “Economic growth and prosperity will only be realized when principles are upheld. A country where the leader commits foul play and the people have suspicions about the leader will never advance.” This was the essence of his philosophy.

In his speech for Youth Day, President Moon mentioned fairness 37 times. Moon once said, “I owe debts in heart to Cho.” However, just a day after underscoring that “fairness is the spirit of the candlelight protests and unshaken goal of our administration,” the president attended a meeting accompanied by Justice Minister Choo. Although more than half of the people demand Choo’s resignation, Moon apparently exonerated her.

The administration that declared it would uphold the philosophy of Roh has created a country where leaders’ foul play is tolerated. That constitutes a cruel violation of Roh’s philosophy and a betrayal of the people.