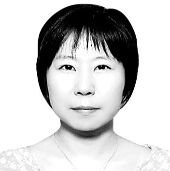 Lee Moon-young
The author is a professor at the Institute for Peace and Unification Studies at Seoul National University.

Korea and Russia marked their 30th anniversary of diplomatic ties on Sept. 30. Their relations have made leaps and bounds of progress over the past three decades, as bilateral trade volume increased by nearly 120 fold and Russia became Korea’s 10th largest trading partner.

Throughout the time, Korea also made changes to its Russia policy as it reassessed Moscow’s stature. Seoul is located at what’s known as a “magnetic field” in the geopolitical competition among Washington, Beijing and Moscow. Beijing and Washington are competing for hegemony, and conflict exists between Seoul and Tokyo, Beijing and Tokyo, and Moscow and Tokyo. Top that with the Pyongyang variable, and Seoul is left with a multidimensional function to solve.

At a time when Seoul is aiming for “middle-power diplomacy” in the hopes of strategically making its geopolitical weak spot a merit, Moscow could act as an effective leverage in Seoul’s multilateral relationships with other countries. Russia is technically part of both Europe and Asia, but in reality, it’s associated with neither continent, which enables the nation to play a distinctive role in the region as a “dual outsider.”

Russia had a big impact on Korea’s modern and contemporary history as Korea went through colonization, division and the Cold War. Yet in the most critical moments during those periods, Moscow — despite its expansionist policy — always used its dual-outsider stance to remain out of peninsular affairs.

Among Washington, Beijing, Tokyo and Moscow, the only country that is prone to react positively to a possible reunification between the two Koreas — or at least take a neutral side — is Russia. Seoul must make full use of this tendency, but a key precondition in doing so is that Korea gains public support from both countries.

Mutual understanding between the people of Korea and Russia has undoubtedly improved ever since both countries established diplomatic ties — but not to the level matching the significance of the bilateral relationship. In a 2019 study, 66 percent of Koreans said Russia’s help was needed to establish peace on the Korean Peninsula, fewer than those who believed the United States and China was needed, yet 13 percentage points higher than those who said Japan was needed. But in the same survey, Koreans’ perceived level of intimacy with Russia turned out to be merely 0.1 percent, while the perceived level of intimidation from Russia was measured at 1.1 percent — both of which were profoundly lower than the corresponding percentages for the United States, China and Japan. This means most Koreans believe Russia is a crucial player in the Korean Peninsula’s peace process, but in more general terms, Koreans barely care about Russia. 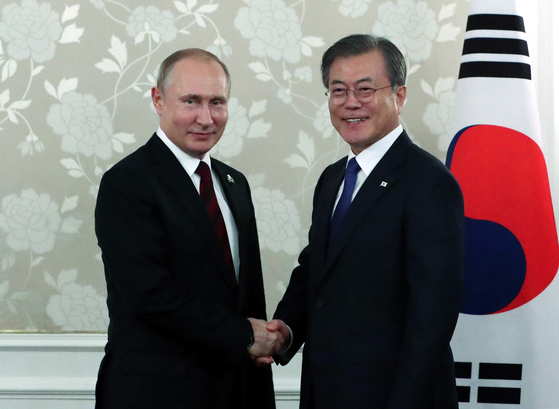 President Moon Jae-in and Russian President Vladimir Putin shake hands before their summit in Osaka on June 29, 2019 on the sidelines of the G20 Summit in Japan. ﻿ [JOINT PRESS CORPS]


Koreans’ impression of Russia is normally either the old Soviet Union or a fallen empire that’s luckily living on better terms thanks to revenues from oil sales. Between such exaggerated fear and unwarranted disparagement, nothing goes near to reflecting the true side of Russia.

It’s good news that Seoul and Moscow agreed to set 2020-2021 as the so-called Korea-Russia Year of Cultural Exchanges. Cultural exchange is the key to public diplomacy. Last year, nearly 300,000 Korean tourists traveled to Russia’s Far East. Just 2 percent of Russia’s total population is a Hallyu (Korean Wave) fan, but the fan base is growing among youth in big cities.

Among the four powers surrounding Korea — United States, China, Japan and Russia — Russia is the only country that does not have a cultural center in Korea.

In commemoration of the 30th anniversary of diplomatic ties, Seoul and Moscow must work hand-in-hand to create a Russian cultural center in Korea and use it to enhance sustainable mutual understanding. Regarding Russian novelist Leo Tolstoy’s major role in introducing Russian culture to Koreans, the “Tolstoy House” could be a suitable name.