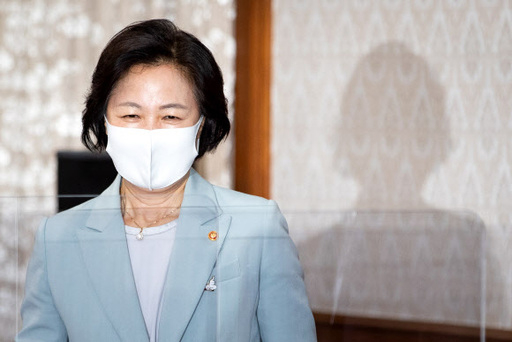 It was a baffling press release. On Sept. 28, the Seoul Eastern District Prosecutors’ Office suddenly released a press release concluding its eight-month-long investigation into allegations that Justice Minister Choo Mi-ae had used her power to ensure special treatment of her son during his military service.

The conclusion clearing Choo and her son for any wrongdoing had been widely expected. But the prosecution went further to clear everyone involved while closing the case.

The details after the first two pages of the press release portrayed a different account of its conclusion. The plainly listed facts and clues contradicted its finding of no wrongdoings.

There were accounts that clearly showed Pvt. Seo, the son of Choo, had used his mother’s power to ease his military life. He asked an aide of his mother, head of the ruling party at the time, to find out if he could extend his sick leave. Such behavior was different to the account from Choo, who said she was proud of her son who never used his mother and wanted to lead his own life.

Choo said she had never asked her aide to make calls to the military. But the prosecutorial report said Choo had handed over the name and phone number of the officer in charge of her son’s camp. She was also briefed by her secretary on the results of the phone call. The conversation was backed by text messaging.

There was a definite testimony that backed the allegation that Choo’s name had been pivotal in arranging the third sick leave for her son. The military said no to Seo when he personally inquired if he could extend his sick leave. But when Choo’s secretary called up the military, it said Seo could use his regular leave days instead of the sick leave.

It was also found that there was no document to back Seo and others’ claims that he was granted an extension of his leave verbally by an officer.

The clues in the press release were so frank that they suggest they could have been written up and included by those in the prosecution who were disgruntled by the conclusion it had reached from a higher order.

I want to believe that prosecutors who wish to tell the truth regardless of pressure from higher up in the hierarchy so that any injustice can be revisited still exist in the law enforcement agency.