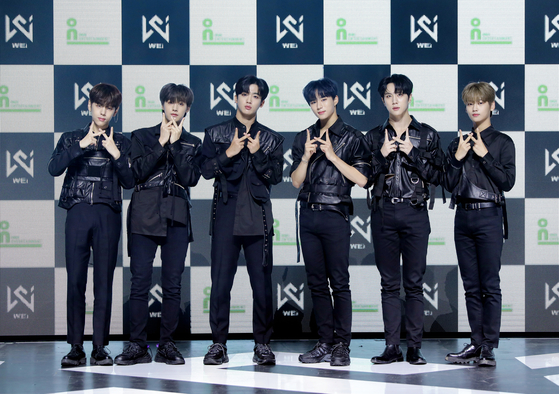 
Boy group WEi releases its first EP “Identity: First Sight” Monday to announce its debut onto the entertainment scene. Followed by the release, the group performed a showcase to celebrate its debut on its Naver V Live channel. [OUI ENTERTAINMENT]