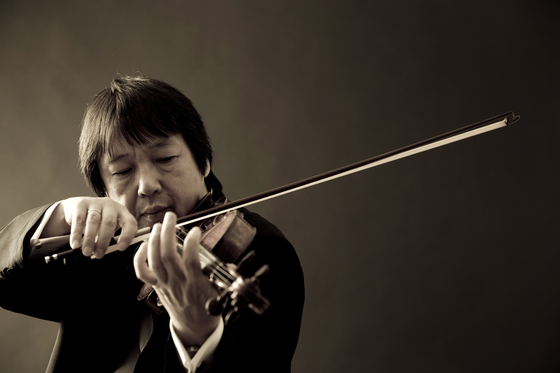 Violinist Kang Dong-suk has been the artistic director of the Seoul Spring Festival of Chamber Music since its advent in 2006. [CHOI CHOONG-SIK]


The prestigious annual Seoul Spring Festival of Chamber Music kicked off over the weekend.

While well past its namesake month, the organizers decided to push ahead with the festival which had been postponed due to the coronavirus. The initial program for the 15th edition of the festival, which included many artists from overseas, was supposed to be held in May.

This year’s original theme was “Ode to Joy,” to celebrate the 250th anniversary of Beethoven. But since the festival organizers had to reduce the number of concerts and scale down the festival as overseas musicians are unable to participate, they also decided to change the theme to “15th Anniversary Retrospective.”

“We decided to save the initial theme, ‘Ode to Joy’ for next year and find another program which is more suitable for the current situation,” said violinist Kang Dong-suk, the artistic director of the festival who has been leading the event since its advent in 2006.

Luckily, Korea lowered social distancing restrictions to Level 1 starting Monday, allowing the festival to continue in a more relaxed ambience, though audience members still get seated with one empty seat between them to maintain social distance.

But why still push ahead with the festival rather than take the time as an opportunity to pause and recalibrate like many other festivals and events which have been postponed are doing?

Kang says he believes it is a musician's duty “to share the magic of the live performance with others.”

“We are all eager to find some kind of normality with the concerts,” Kang said. “We hope many of you will come to the concerts, despite difficulties, and experience the emotion, joy and enthusiasm which the festival’s live concerts can offer.”

To hear more about the Seoul Spring Festival (SSF), which continues until Friday at various venues including the Seoul Arts Center in southern Seoul, Youngsan Art Hall in western Seoul, Ilshin Hall and late president Yun Bo-seon’s hanok residence in central Seoul, the Korea JoongAng Daily interviewed Kang via e-mail, who was in quarantine at his home after returning to Korea from France. 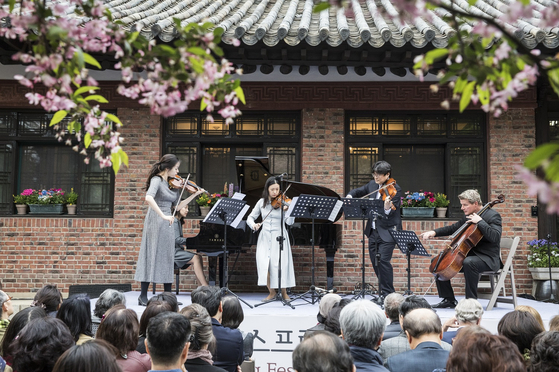 
The following are edited excerpts from the interview.

Q. The festival is celebrating its 15th year and you’ve been heading it since the beginning. Why do you think the festival has been able to continue for over a decade?

I think the quality of the festival is very important. We were able to maintain high-quality performances thanks to world-class musicians and present an impressive number of works, which is close to 800 works to date, both well-known and unfamiliar.

Many programs were also performed for the first time in Korea too.

The SSF is unique in many ways, especially for Korea, and our devotion and commitment to our cause helped us to weather the storm over the last 15 years. The passion and enthusiasm of both performers and the audience are also another reason.

Q. If you could pick one, what year was the most memorable for you?

Of course each edition is unique and special. Perhaps the 10th anniversary was rather memorable simply because it was a milestone for the SSF. The fact that we were able to arrive at this juncture was quite an achievement for everyone involved. Reviewing the past 10 years brought back many memories.

Q. This year’s program includes some of the performances from 2014, 2016 and 2017. What was the reason behind that decision?

Q. The Tuesday concert at the Seoul Arts Center is titled “Sinfonia Concertante.” Can you tell us more about this special program?

Because we postponed the SSF to the autumn, we could not get the halls we wanted.

Since there was an opportunity to get the Concert Hall of the Seoul Arts Center due to a cancellation, I thought it would be more appropriate to organize a concert with an orchestra for this large space. In order to keep the spirit of chamber music, I wanted to avoid concertos for solo instruments. Therefore, all the concertos programmed are for two or more soloists. 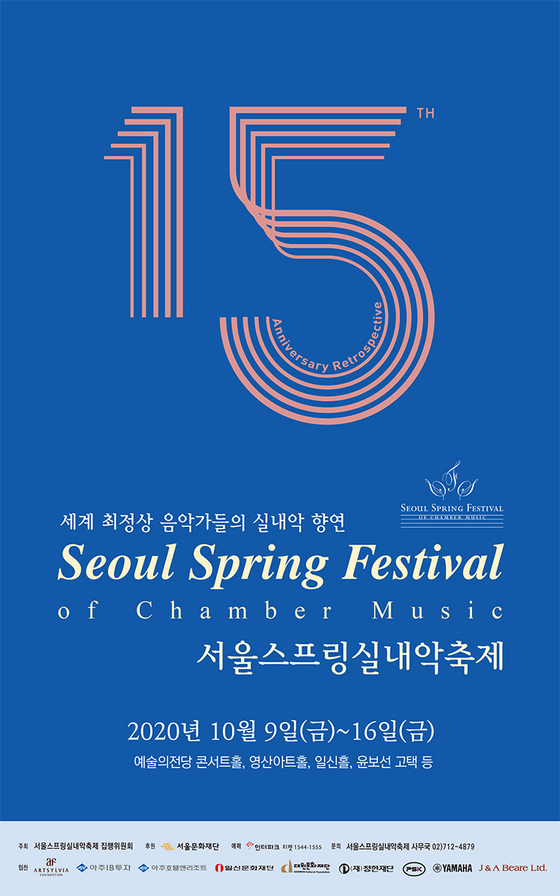 Q. As an artistic director, all the concerts throughout the festival must be precious to you. But if a person can only go to one, what would you recommend?

It is always difficult to single out one program as each is unique and appeals to different tastes.

I think this year’s festival will be a very emotional one as we are all eager to find great music and concerts again which have been missing since the beginning of this year. The audience will be able to rediscover their all-time favorite works which were performed over the last 14 years.

Q. About 40 musicians are participating in this year’s festival. Was it difficult to recruit them last minute as many of the overseas musicians were unable to make it?

It is very important for the SSF to have artists from abroad and have them play with local musicians.

Unfortunately, it is not possible this year for obvious reasons. Therefore, this year’s festival is unique. Since we have only Korean musicians, I tried to find the best way to replace the artists from abroad.

I had to adjust the programs according to the current realities and make the best out of what we have available.

We have a festival for the first time with only Korean musicians. Fortunately, unlike the old days, we now have many wonderful Korean musicians who are capable of maintaining the high standard which has become a trademark for the SSF.