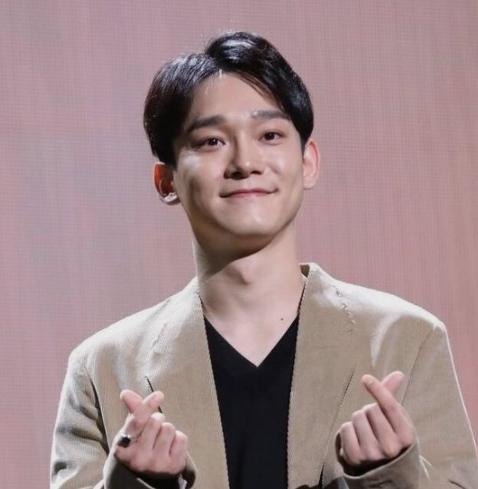 
The date for Chen of boy band Exo to enter the military and begin his mandatory service has been set.

Chen officially made the announcement Friday that he’ll be enlisting on Oct. 26, and shared a handwritten letter for his fans.

“The reason I’m writing to you all today is to inform you that I’ll be enlisting in the military on October 26,” he wrote. “I’ll fulfill my duties diligently while taking good care of my physical and mental health so that I can return as a grown person.” 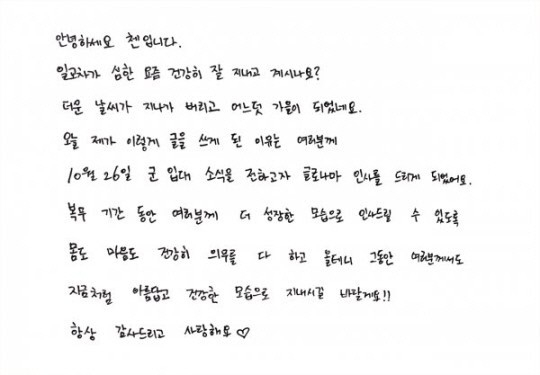 
He will be the fourth member of Exo to fulfill his mandatory duties following Xiumin, D.O. and Suho.

Early this year, Chen, whose real name is Kim Jong-dae, married his pregnant girlfriend and became a father to a baby girl in April.