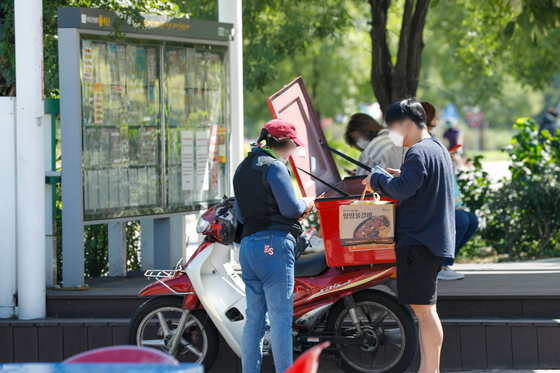 A delivery rider delivers food to a customer in Yeouido, western Seoul, in September. [NEWS1] 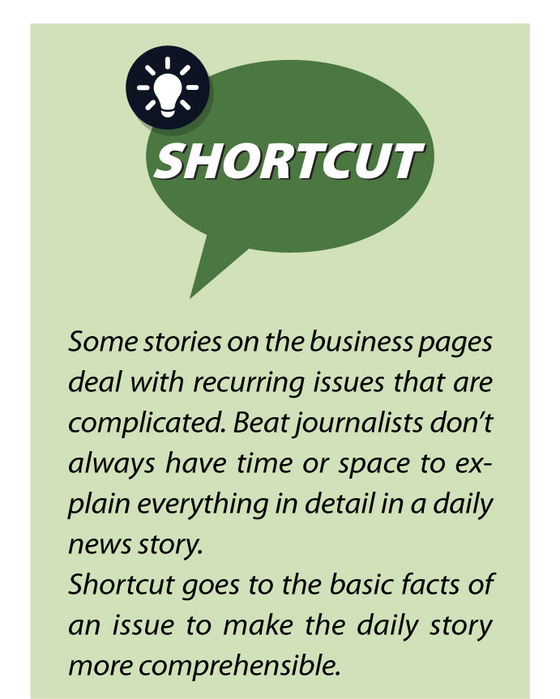 When did food delivery first become an option?


Surprisingly, food delivery isn't actually a new thing. According to historic records from 1768, a scholar ordered naengmyeon (noodles in a cold meat broth) for delivery after taking the Joseon Dynasty (1392-1910) civil service exam.

Naengmyeon is still a common delivery option today, but back then it was a lot more expensive and often enjoyed at the royal court.

By the 1930s, the types of food that could be delivered gradually expanded to stews, gukbap (soup served with rice) and bibimbap (rice with mixed vegetables).

A report from the Dong-A Ilbo newspaper on Jan. 2, 1931 reads, “The most common of all the jobs using the feet is the delivery person.”

The food delivery service grew with the massive opening of fried chicken restaurants that followed the massive layoffs after the Asian financial crisis in 1997, and the industry has never looked back.

What triggered the rapid growth in recent years?


The prevalence of smartphones played a major role in boosting the use of food delivery services.

Before the smartphone era, people had to directly call a restaurant to order a dish, which was mostly limited to jjajangmyeon (noodles with black bean sauce), chicken and pizza. In those days, the delivery drivers worked directly for the restaurants, so only certain places could even offer the services.

After food delivery mobile apps like Baedal Minjok, or Baemin, started to appear in early 2010, food delivery became much more common. In the beginning, aggressive promotions by the apps played a role in expanding the customer base. Also, the fact that people were already used to having food delivered in Korea helped, meaning the shift was just to a mobile app and an expanded choice, not a whole new idea.

Along with the popularity of food delivery apps, restaurants no longer needed to directly hire delivery riders. Instead, they started to rely on specialized service providers like Baemin Riders and Barogo.

Highly populated cities and the prevalence of apartments in Korea, which make delivery easy, also contributed to the industry growth. Sales have shot up this year in particular as people avoided restaurants due to the coronavirus pandemic and the unusually long monsoon season. In August, total transactions made from online food services jumped 83 percent on year to 758.7 billion won ($662 million).


Who are major food delivery operators?


Baemin, operated by Woowa Brothers, is the largest food delivery operator in Korea. As of December, Baemin controlled 55 percent of the market, followed by Yogiyo with 34 percent and Baedaltong with 10 percent. Recently, Coupang Eats, operated by e-commerce operator Coupang, is rising as a competitor.

Though under different company names, both Yogiyo and Baedaltong are operated by Delivery Hero Korea, a branch of multinational food delivery operator Delivery Hero, based in Berlin.

Delivery Hero is also currently trying to acquire Baemin. In December, Delivery Hero signed a deal to acquire Woowa Brothers. The Fair Trade Commission is currently evaluating the acquisition, but if the deal wins approval, Delivery Hero will control more than 90 percent of the food delivery market.

Woowa Brothers believes Baemin's popularity increased thanks to its humorous marketing. It took into consideration that people who place the orders for lunch at the office are usually the youngest in the organization, targeting customers in their 20s and 30s. 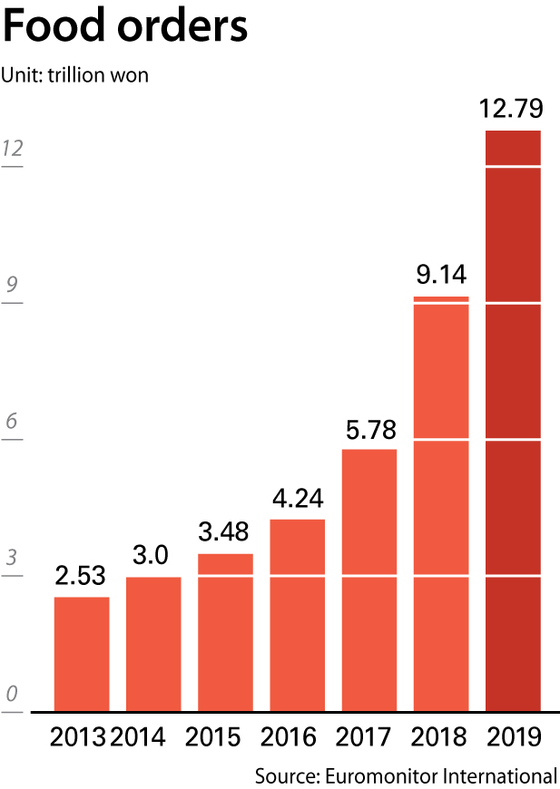 If food delivery in Korea is booming, why did Uber Eats pull out?


Uber Eats pulled out of Korea in October last year after entering the market in 2017.

The San Francisco-based delivery platform operates businesses in more than 40 countries, but that operational experience didn't help it win over customers in Korea.

Uber Eats didn’t specify the reason for the decision to pull out, but market watchers believe it couldn’t handle the competition in a market that was already dominated by Baemin and Yogiyo. The comparatively small number of orders placed through Uber Eats made it difficult for the company to secure a stable rider workforce.

Also, Uber Eats' inability to provide localized services is often cited as the reason for its failure in Korea. For instance, it frequently sent out promotions via e-mail rather than KakaoTalk or text message, which local customers are far more likely to check.


How do food delivery apps earn a profit?

Baemin, for example, offers two ways that restaurants can pay. The first is a fixed rate of 80,000 won monthly, and the other is a 6.8 percent commission charged on each order. Restaurants that pay the 6.8 percent are randomly chosen to be displayed in a banner at the top of the app.

Yogiyo has a single flat commission rate at 12.5 percent per order.

In November, it launched B Mart dark stores using its delivery infrastructure and network. Dark stores refer to spaces that look like supermarkets but only cater to orders for delivery or collection. Delivery Hero similarly opened its first dark store Yomart in Gangnam, southern Seoul, last month.


Local governments have started launching their own food delivery apps. What's that about?

As demand for food delivery increases and restaurant operators complain against high commission fees, local governments have started getting involved in the business to reduce commission fees.

Opinions on public food delivery apps are varied. Some say there is no reason for consumers to use the public apps, which users complain are slower and sometimes more expensive than existing apps. The decision to use public funds to develop food delivery apps has also been controversial.