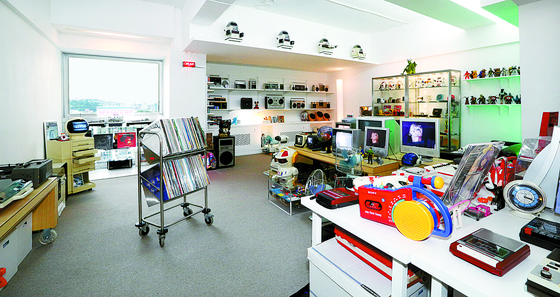 Lemon Seoul, located in the Anguk-dong neighborhood in Jongno District, central Seoul, is a treasure trove for those who love vintage IT gadgets. [LIM HYUN-DONG]


A tall yet shabby building in the Anguk-dong neighborhood of central Seoul seems mundane. But another world opens up when the elevator deposits a visitor on the 12th floor.

The 50-square-meter (538 square feet) space is jam-packed with consumer electronic treasures from as long as 30 years ago.

Aspirational items from the past such as a cassette player, turntable, square-shaped TV, CD player and boombox that younger people might recognize from vintage music videos are neatly on display.

For those who were born or raised back in the 1980s and '90s, these are reminiscent of the good old days — especially of the glamorous electronic goods made abroad.

Some of the gadgets are remarkably exotic such as a robot that moves and plays music, or more mundane but still cool, like a portable TV produced by National, the original brand name of Panasonic.

"I collected these one by one from my overseas business trips and now I have this many," said Kim Bo-ra, 38, who is co-owner of Lemon Seoul, which specializes in retro gadgets that were produced between the 1960s and '90s.

Kim and her husband, Yun Jong-hu, 39, worked at a local fashion company for 13 years. They had similar tastes: old audio gadgets with striking designs. Whenever they traveled abroad, they searched out stores with vintage electronic goods. 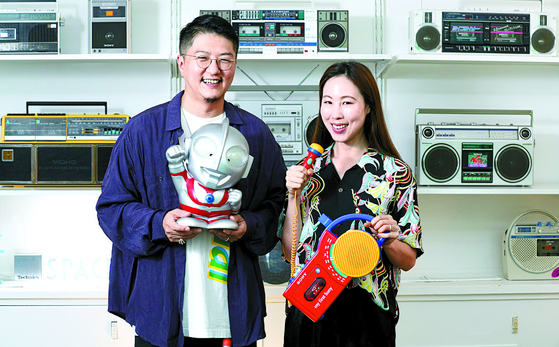 Yun Jong-hu, left, and Kim Bo-ra, used to work for a local fashion company. As avid fans of vintage IT gadgets, the couple collected such items whenever they went on overseas business trips. [LIM HYUN-DONG]


They had particular luck in the Akihabara district in Tokyo and second-hand shops in Berlin.

As they explored such shops, they learned a lot about collecting. Stores run by older people, for example, were more likely to offer more vintage goods.

After a few years, Kim and Yun had accumulated 400 vintage electronic items. Some elements are common to the whole collection.

First, the design should be timeless. Second, every item has to be functional and intriguing. For instance, one gadget looks like a robot but it plays music, while a boombox has three cassette decks.

As a way of archiving their collection, the couple uploaded photos of their finds on Instagram. But the likes started pouring in — and a hobby turned into something much more.

Requests poured in from people who wanted to see the retro electronic items in person. Eventually, Kim and Yun opened Lemon Seoul, a place where visitors can look around and purchase any item. The showroom is operated on a reservation basis since its opening, and only one group is allowed in at a time. If too many people are there at the same time, the sounds of the devices will clash. 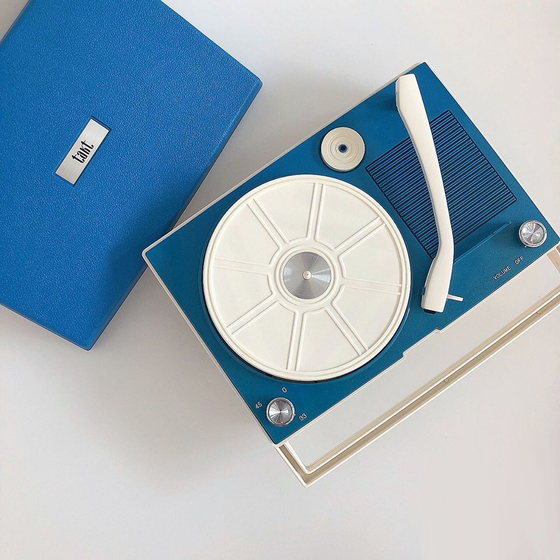 
The collection of Kim and Yun is good enough to make a visitor realize how good designs of the late 20th century were.

Kim says Yun is the more fanatic collector. Yun is especially interested in designs from the so-called "space age" between the late 1960s and '70s. Around the time, many industrial products were influenced by the first landing of a human on the moon.

Kim, who used to design at the fashion company, prefers form over function. She found a particularly colorful cassette player.

A lot of products at Lemon Seoul are from Japan. The brands include Sony, Sanyo, National and Casio and they were produced between 1920 and 1990, and particularly the 1960s through 1980s, the bubble economy period.

"It was a time when the economy was thriving, the quality of products was good and there were many imaginative products, too," said Kim. "These days, companies only produce marketable, lucrative things but it wasn't so during the economic boom. They were like, 'Okay, let's do everything we want to do even if they do not sell well in the market.'" 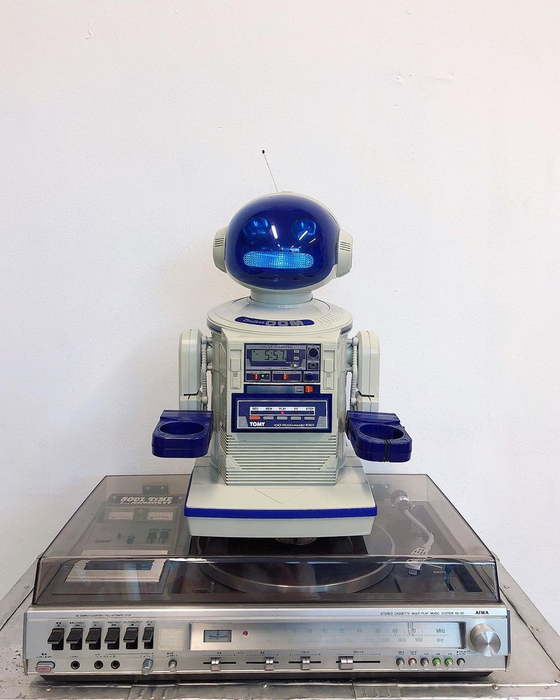 Omnibot lights up when a tape is inserted. It still plays music. [LEMON SEOUL]


The favorite item of Kim and Yun is a robot cassette player called Omnibot from the 1980s. One visitors to Lemon Seoul was surprised to find the Omnibot because he saw it displayed at a museum in Seattle.

Some of the products are rare and precious. When asked how Kim and Yun feel when their hard-earned belongings are sold, Kim says, "I changed my mind by looking at boxes of my collections getting dusty. It's better for them to go to other owners who could play music with them and appreciate them."

Lemon Seoul has been in operation for about a year and it attracts visitors from all ages and walks of life.

"I thought only a few people would love this place because it is filled with a specific kind of product, so I was surprised to see different types of people come. People in their 20s see the collection as something of a novelty while people in their 30s, 40s and 50s love to be here because they grew up using these products," said Kim. 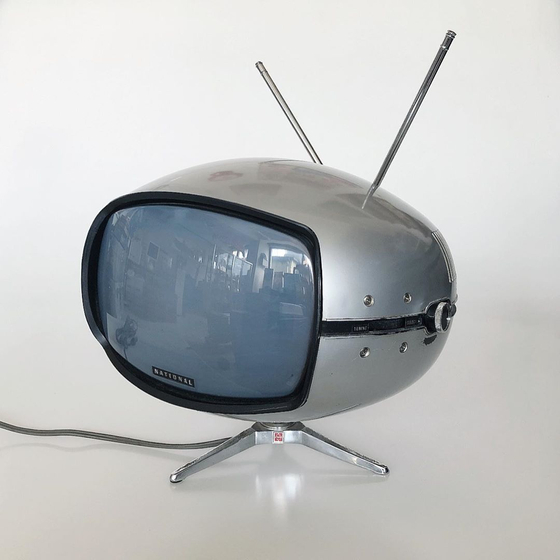 
After actor Park Jeong-min from the film "Deliver Us from Evil" (2019) appeared on the hit TV show "I Live Alone" last year playing music from a cassette player, Lemon Seoul received more inquiries from customers who wished to buy similar items.

"It seems like people these days actually enjoy the hassle of pushing buttons or inserting tapes to listen to a single song. I can feel that they are living in the digital era but they want to go slow," says Kim.

"I want people to experience something new in this house from the '80s," she continues. "I want to build up our shop that contains its original personality for a long period time."