U.S. reminds Korea of the risks of dealing with Huawei

U.S. reminds Korea of the risks of dealing with Huawei 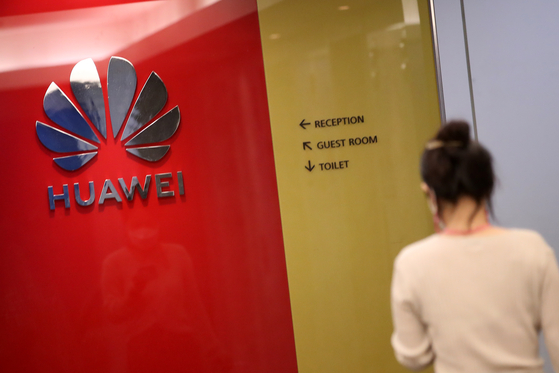 
The United States has sent another message to Korea about the use of Huawei equipment and technology.

This time, the warning came via the Korean-language Voice of America (VOA) website. The report was not published in English.

In the report, an unnamed spokesperson from the U.S. State Department said companies should carefully consider the costs of continuing to do business with the Shenzhen-based tech company.

“It is in the interest of every company to weigh the reputational and potentially legal risks of doing business with Huawei, a tool of the Chinese Communist Party’s surveillance state, indicted by the Department of Justice for intellectual property theft, accused of corrupt practices throughout the world and provided material support for human rights abuse,” the State Department official was quoted by VOA as saying.

The official emphasized that while the companies are the ones that should decide whether to continue business with the Chinese tech company, they should be careful when sourcing from an untrusted vendor.

The spokesperson stressed the need for Korea to have a clean network.

“More than 40 countries are now Clean Countries and more than 50 telcos are Clean Telcos, because they have already chosen to only include trusted vendors in their 5G networks,” the U.S. official was reported to have said.

The unnamed spokesperson accused Huawei of spying, stealing intellectual property and supporting human rights abuses.
“There’s no question that it poses a high risk to data security,” the official was reported as saying.

While the U.S. government continues to hammer away at the issue, the Korean government has remained reluctant to give a straight answer, arguing that it is a decision for private companies and saying that the issue needs to be further studied.

The U.S. government asked the Korean government to join its global efforts in elbowing out Huawei during the 5th ROK-U.S. Senior Economic Dialogue.

According to the Korean Foreign Ministry, Under Secretary of State for Economic Growth, Energy and Environment Keith Krach has pushed Korea to join the Clean Network, an initiative aimed at keeping Chinese companies out of technological development in the United States and other countries.

Vice Foreign Minister Lee Tae-ho responded that more review is needed and that by law the government cannot intervene in the decisions of private companies.

LG U+ continues to be the target, while the State Department official told VOA that SK Telecom and KT are Clean Telcos.

As such it is not easy for LG U+ to disconnect from Huawei as its LTE service has a high compatibility with the 5G equipment supplied by the Chinese tech company.

While there has been no visible impact of the U.S. pressure on the telecom company, the pressure is being felt indirectly.

Regarding the continuing pressure from the United States, LG U+ said it has no comment. It also refused to comment on whether it has any plans to change its businesses relations with the Chinese tech company.