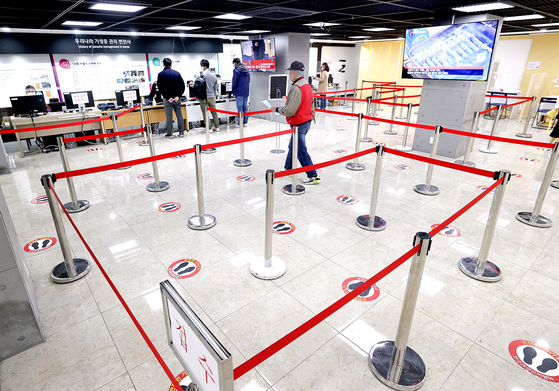 Six more fatalities linked to influenza shots — the latest in an alarming succession of mysterious deaths across the country — are raising alarm about the safety of vaccinations as the country heads into a Covid-complicated winter flu season.

Two other people died after vaccinations over the past few days, according to health officials, but their families asked that their details be kept private.

The Korea Disease Control and Prevention Agency (KDCA) said the victim in Seoul received a flu shot at 12 p.m. on Saturday and died 85 hours later early Wednesday morning. She received a vaccine of the type SKYCellflu manufactured by SK Bioscience.

In Gyeonggi, an 89-year-old man died on Wednesday 51 hours after receiving a Boryung Flu V Tetra vaccine injection on Monday. KDCA officials said he had underlying conditions including diabetes and had undergone heart surgery twice.

According to health officials in Daegu, its local victim was administered a free vaccination at a local clinic in the city at around noon Tuesday.

Just over an hour later he began experiencing abnormal symptoms and visited an emergency room of a nearby hospital at around 1:30 p.m. He was admitted to the hospital, but died shortly after midnight on Wednesday morning.

City officials said the man had been administered Flu Plus Tetra Prefilled Syringe Injection produced by LG Chem, making him the first person to die following the administration of that vaccine type. Health checks are ongoing on 97 other people who received shots of the same type, though no other abnormal cases have yet been found.

That vaccine is not the same type that was recalled last month because a batch was stored at room temperature instead of being refrigerated. Nor is it related to another batch that was found to have impurities at another provincial public health center. 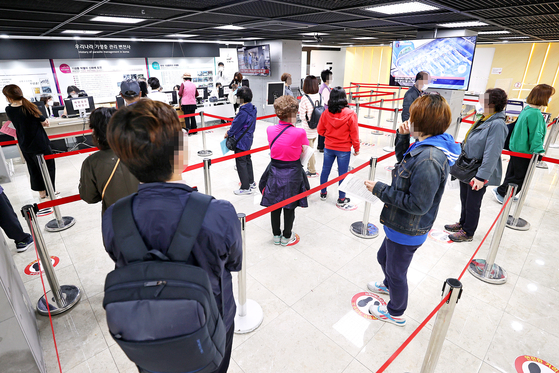 A day earlier on Tuesday, many people line up to get flu shots at the same health clinic. [YONHAP]


The victim had pre-existing medical illnesses including Parkinson’s disease and arrythmia, officials said. There were no reports that the man had experienced abnormal symptoms any of the other times he received flu shots from the same clinic, which he had done every year since 2015.

The circumstances behind the Daegu man’s death closely mirrored those in Jeju, where a man was also discovered dead early Wednesday morning after being given a flu shot at a local clinic a day earlier, according to Jeju provincial officials.

On Tuesday, an 82-year-old man in Daejeon and a 78-year-old woman in Gochang County, North Jeolla, were both found dead within a day of receiving flu shots at local clinics.

The woman in Gochang suffered from high blood pressure and diabetes, but officials are still investigating the death of the man in Daejeon, who apparently had no pre-existing diseases and was healthy before getting a Kovax Influ injection produced by Korea Vaccine.

The first vaccine-related fatality this year involved a 17-year-old high schooler who died last Friday under strange circumstances after receiving a free flu shot two days earlier. The teen was said to have told his family he felt “tired,” according to an ongoing investigation into the cause of death by health officials.

The central government’s health authorities under KDCA have mounted investigations into the deaths and their possible links to flu vaccines, but remain wary about making a connection or putting a halt to a free vaccination program administered to the nation’s vulnerable populations.

Shinsung Pharm was in charge of delivering vaccines for about 5 million people covered by the government-run program. After the incident, the government temporarily halted the free vaccine program and recalled the batches distributed by the company.

But experts stress further inquiries are necessary before questioning the safety of vaccines, citing that contaminations are highly irregular and rarely produce immediate fatalities.

According to the KDCA, 82,668 people have received flu shots of the same type as the one administered to the deceased teen, but there have only been three cases in which abnormal results were reported.

Two of these were found to be allergic reactions, while one was related to pain resulting from the needle injection.

One type of side effect sometimes associated with influenza vaccines is anaphylaxis, an allergic reaction that may cause rashes or inflammations across the body typically within 30 minutes of contact with the allergen. Another is the Guillain-Barre syndrome, a rare condition triggered by an infection that causes the body’s immune system to attack peripheral nerves.

Autopsies are ongoing into the victims as to whether they may have experienced such conditions.