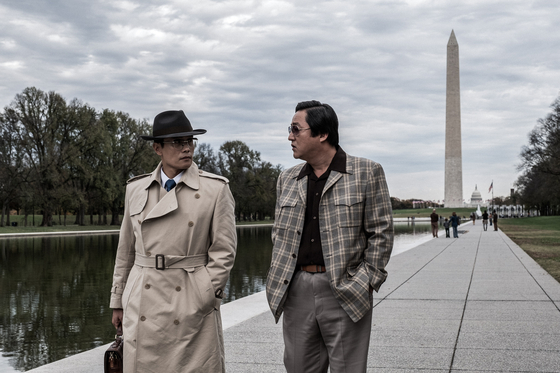 A scene from "The Man Standing Next." [SHOWBOX]


The film noir “The Man Standing Next” has been selected to compete for the Best International Feature Film for the 93rd Academy Awards, its film distributor Showbox said on Thursday.

Thirteen films were in the running for the competition category, and the Korean Film Council chose “The Man Standing Next” as it “sheds light on Korea’s relatively dark history amongst its economic breakthrough.” The council also commended actor Lee Byung-hun’s superb performance and the fact that he is familiar to the Hollywood audience.

“The Man Standing Next” is a political noir centering around the last 40 days before the Korean Central Intelligence Agency director assassinated the president in 1979. The film is based on the real life event of the assassination of President Park Chung Hee on Oct. 26, 1979.

The film garnered 4.75 million ticket sales in the box office when it was released in January. Director Woo Min-ho took helm of the film, and it was Woo and Lee’s second collaboration together after their hit film “Inside Men” in 2015.

[CELEB] After plenty of success, Lee Byung-hun is getting picky