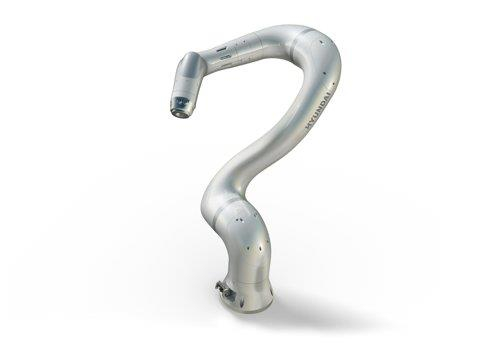 A memorandum of understanding (MOU) was signed between the two companies to embark on joint research and development efforts into automate the process of cooking chickens using collaborative robots and making cooking equipment for increased efficiency. Collaborative robots are designed to directly interact with people within a set workspace.

During the partnership, Hyundai Robotics will take charge of the design of an efficient cooking process and a standardized operation, while KFC will provide its store equipment and develop cooking equipment. It will also provide its expertise in fried chicken making. The completed robots will be used for the cooking for KFC chicken in Korea.

Hyundai said it is venturing into the food-tech market based on its experience with robots in smart factories. Food-tech is the application of technology in the food industry. According to Research and Markets, the global food-tech industry has grown on average 5.8 percent annually, and it is expected to grow to around $250 billion by the end of 2022.

Hyundai Robotics plans to automate the sorting of chicken products using its vision sensing technology, which can detect external characteristics at high speeds. Hyundai said it also aims to gradually integrate mobile robots, which are smaller and more portable than collaborative robots, for tighter locations.

The MOU is expected to increase safety and efficiency of chicken making by using collaborative robots during dangerous or repetitive production stages. Hyundai said the integration of robots will enable speedy and accurate completion of a wide range of orders, thereby enhancing the customer experience.

Hyundai Robotics in May separated from Hyundai Heavy Industries and became an independent entity. It has been increasing its competitiveness in future technology, such as artificial intelligence and ICT, through corporate partnerships.

[WHY] Behind Korea's love for crispy, flavorful fried chicken