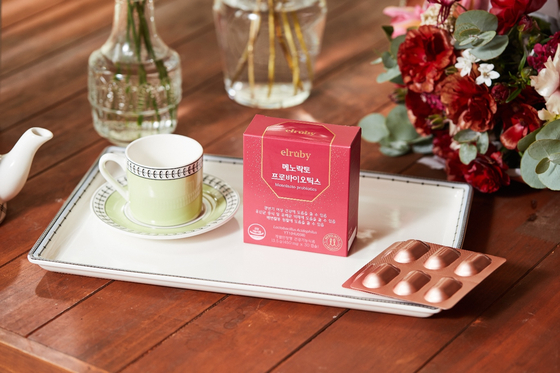 The Covid-19 pandemic cast a long shadow over the Korean economy and the pharmaceutical industry was no exception. But despite the economic issues, Huons Group is standing tall in the pharmaceutical and health care products fields, showing a remarkable 18 percent average growth rate from 2004 to 2019.

In the first quarter of 2020, Huons Group made 116 billion won ($101 million) in sales, a 14 percent increase from the same period a year earlier. In the second quarter, sales jumped to 126 billion won. Huons Group believes its continuing success is rooted in the group’s business diversification.

In 1965, Gwangmyeong Pharmaceutical Company was established. Fifty years later, it became Huons Group, with “medicinal care and solutions for mankind’s health” as its motto.

In the pharmaceutical industry, Huons has already seen huge success this year in the parenteral drugs and collyrium sectors.

Last May, Huons received abbreviated new drug application approval from the U.S. Food and Drug Administration (FDA) for its “1 Percent Parenteral Lidocaine Hydrochloride 5mL Vial.” It was Huons’ fourth FDA-approved product since 2017. All four products remain as pivotal parts of Huons’ overseas business, amassing $3.7 million in sales on average each year for the past three years in the U.S. market.

The breakthrough in collyrium product development is also notable.

The potential market size for xerophthalmia treatment, which is estimated to be around 300 billion won, encouraged Huons to get involved.

In the development process, Huons recognized the limitation and discomfort that single-component drugs usually cause. Thus, Huons added a composite of cyclosporine and trehalose to incorporate anti-inflammation and tear film protection into the traditional xerophthalmia treatment drugs.

Thanks to the nature of the nanocomposite, reducing the amount of cyclosporine by half while retaining the same anti-inflammatory efficacy and using the drug without shaking was possible.

In the same vein, decontamination company Huons Medicare has also seen business increase following the outbreak of the Covid-19 pandemic.

Last January, when the pandemic was in its early stages, the company saw a 350 percent increase in sales figure in comparison to the same period in the previous year, and even exported its Huscrub hand sanitizer to Britain. As the only domestic company capable of producing medical-grade sanitizers and providing decontamination consulting plans, Huons Medicare is operating in 27 countries worldwide.

Apart from the pharmaceuticals and pandemic-related businesses, Huons’ diversification reaches industries outside of the typical medical and pharmaceutical fields.

Despite those distinctive achievements, Huons Group is remaining vigilant and vigorous in a market where fluctuations and recessions can occur without warning. Despite those concerns, Huons Group’s efforts to acquire additional FDA approvals on its local anesthesia, launch its glucometer kit DexCom G6, its ongoing research and development, botulinum toxin clinical trials, superficial bladder cancer cure and Covid-19 treatment Raloxifene show its continued work to remain relevant in a competitive medical field.

Huons Global hires outsider to be its first president