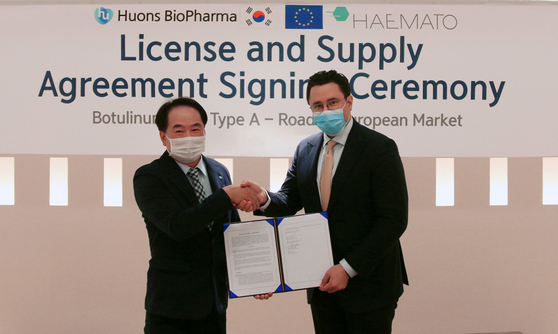 Kim Yeong-mok, left, CEO of Huons BioPharma and Patrick Brenske, CEO of Haemato Pharm, pose for a photo after signing a supply deal on Monday at the Huons headquarters in Pangyo, Gyeonggi. [HUONS BIOPHARMA]

Under the deal, the two companies will cooperate in the conducting of clinical trials of the product in Europe. Huons BioPharma, a fully-owned subsidiary of Huons Global, aims to conclude the trials by 2024, and begin marketing in 2025.

Haemato gets exclusive rights to sell the product in a total of 29 European countries including England and Switzerland.

The deal extends for 10 years, and Huons could receive 97.2 billion won including milestone payments. The market size of European botulinum toxin market is about 1 trillion won, according to the company.

M1 Kliniken, parent company of Haemato, runs around 40 aesthetic clinics in Europe. The company aims to increase the number to 100 by 2025, and the plan will help Huons "expand its presence in the European botulinum toxin market."

“With the supply deal with Haemato, Huons is set to enter the world’s three largest botulinum toxin markets, the United States, China and Europe,” Kim Yeong-mok, CEO of Huons BioPharma, said in a statement.

Hutox is currently in clinical trials and is going through the approval processes in China, the United States, Brazil and Peru. It has already gained sale approvals in Kazakhstan, Iraq, Bolivia, and the Azerbaijan Republic. 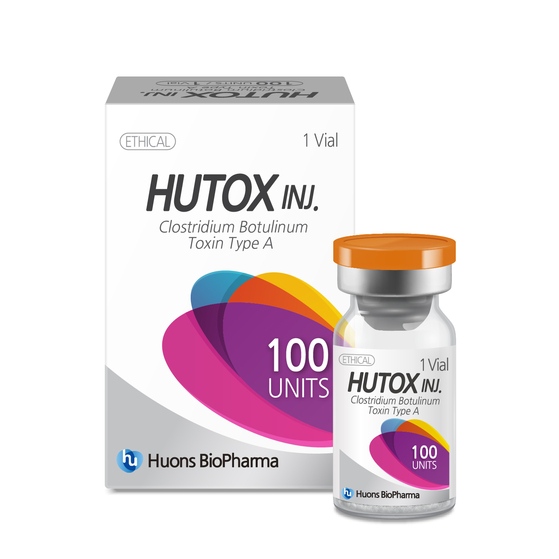