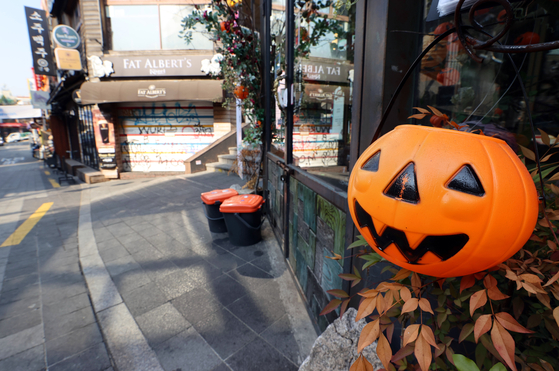 Seoul officials Monday vowed to clamp down on violations of health and social distancing guidelines at nightclubs in Itaewon and Hongdae this week as Halloween nears, while warning partygoers to stay home and remain vigilant against the coronavirus.

Both Itaewon in Yongsan District, central Seoul, and Hongdae in Mapo District, western Seoul, are popular among Koreans and foreigners for their vibrant nightlife. On Halloween, the areas often attract some tens of thousands of young revelers dressed in costumes, though the vast majority of the Korean public doesn't celebrate the occasion.

This year’s Halloween falls on Saturday, stoking fears among health authorities that the parties could lead to another large-scale cluster of coronavirus infections, such as the one that emerged last May from various Itaewon clubs and led to nearly 300 Covid-19 cases.

An official from the Seoul Metropolitan Government said Monday that the city government would impose a “one-strike-out” rule on Itaewon and Hongdae clubs this week, saying any businesses busted for violating the government’s health and social distancing guidelines just once would be slapped with operation bans or face other stern legal actions.

Yongsan District has designated this entire week as a period for “Covid-19 special countermeasures,” saying the office would team up with the Seoul Metropolitan Government and police to crack down on any violators of coronavirus health guidelines. 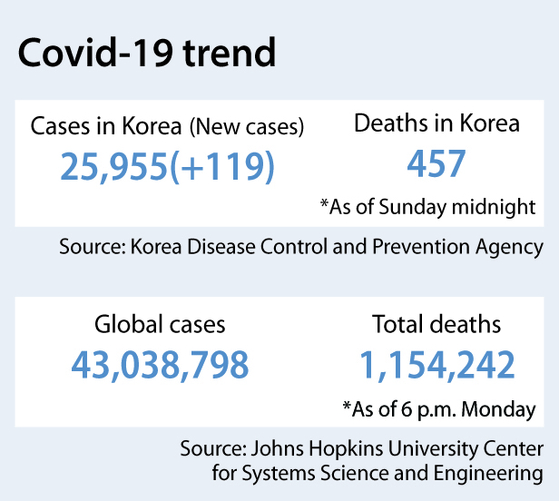 Sung Jang-hyun, head of Yongsan District, implored the public not to visit Itaewon on Halloween, saying in a statement that his office and many business owners had “struggled for a long time” earlier this year after the Itaewon cluster broke out.

The plea followed 119 new cases of nationwide virus infections being added Sunday, a figure almost twice as high as the day before, according to the Korea Disease Control and Prevention Agency (KDCA).

Prime Minister Chung Sye-kyun echoed Sung’s concerns last Friday during a meeting of the Central Disaster and Safety Countermeasure Headquarters, saying there was “a very high” chance that this week’s Halloween celebrations could ignite a second club-related cluster.

Chung called on young people not to visit clubs this week, but said that if they insist on going, they should at least wear a face mask at all times and strictly comply with preventive measures.

The city government of Pyeongtaek in Gyeonggi, home to the U.S. Army Garrison Humphreys, announced it would ditch this year’s Halloween events to avoid potentially spreading the virus, and will instead hold an online Halloween costume contest.

Among Sunday’s 119 new cases of the virus, 94 were domestic infections, mostly from Gyeonggi, 65, followed by 20 in Seoul, three each in Incheon and South Gyeongsang and one each in Daejeon, North Chungcheong and South Chungcheong.

The rest — 25 cases — were imported infections. Four were from Russia, three from India and two each from the Philippines, Indonesia, Poland and the Czech Republic. One each came from Kyrgyzstan, Nepal, Iraq, Jordan, Pakistan, Iran, Ukraine, Turkey, the United States and Côte d'Ivoire.

Most  of Gyeonggi’s new cases were traced to nursing homes and welfare facilities.

No patients died Sunday, keeping the country's total death toll at 457, while 36 patients recovered, raising total recoveries to 23,905. As of Sunday at midnight, a total of 25,955 coronavirus patients had been detected in Korea.

Meanwhile, health authorities Monday reported several more deaths of people who recently received a flu shot, bringing the total number of such cases to 59, but maintained there is no indication of a causal relationship between the vaccine and the fatalities.

Who you gonna call?