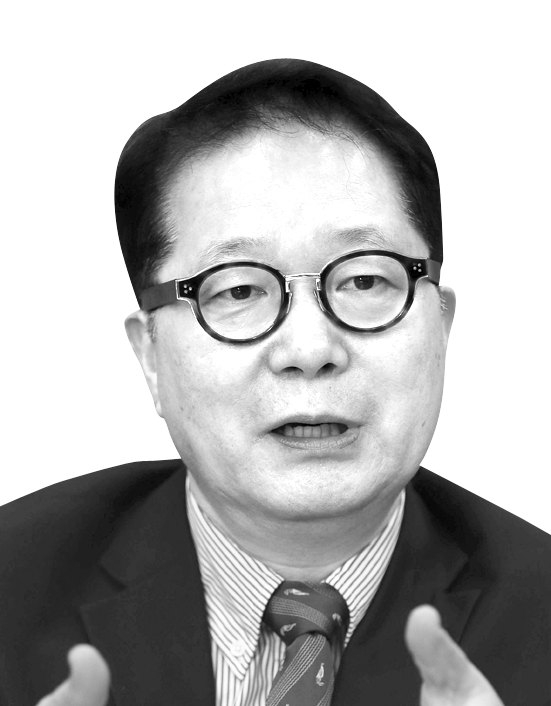 Lee Dong-ryul
The author is a professor of Chinese language and literature at Dongduk Women’s University.

“China is not the Soviet Union, it will not be another Japan, and it has no interest in becoming another United States.” Perhaps that could best explain the stance of China’s Xi Jinping administration. Such a stance reflects how Beijing perceives pressure from Washington and how the Asian country will respond to the threats down the road. China claims it will not crumble like the Soviet regime during the Cold War, nor will its economic growth stall like in Japan due to U.S.-led efforts for global companies to decouple and reshore from China. Beijing asserts it has no intention to replace Washington as the global hegemon. It does not even directly criticize jabs from the United States.

In the two countries’ 41 years of diplomatic ties, never has Washington hit Beijing as hard as Donald Trump’s administration is doing now. Trump is going all out on his offensive, even tackling subjects that are related to China’s core interests such as Taiwan, Hong Kong, Xinjiang, Tibet — as well as the Communist Party. Beijing has so far responded discreetly — and passively — than expected, as opposed to the past when it pounded any country that challenged its pivotal interests with tough retaliations. France, Japan, Australia, Canada and Korea have all been there. On the United States, China has focused more on countering through a “war of diplomacy,” rather than directly seeking vengeance.

Beijing has adopted three main countermeasures against Washington. First, in case the United States pressures China in any way that potentially poses a direct threat against the reputation or stability of Xi or the Communist Party, Beijing does not back down and strongly protests a tit with a tat. Its military exercise in the Taiwan Strait, passing of a new national security law for Hong Kong and — in reaction to the forced closure of the Chinese consulate in Houston — shutting down of the U.S. consulate in Chengdu were all such examples.

Second, China uses multilateralism to rally up as many partners as possible and minimize any risks of getting isolated in the international community. The country focuses its diplomatic power on thwarting U.S.-led efforts to “desinicize” — eliminate Chinese influence — and form an international front to close in around China. It arranges telephone calls between Xi and other national leaders and provides assistance to other countries fighting the coronavirus pandemic — engagements that have mostly impacted those involved in China’s Belt and Road initiative. In doing so, Beijing tries to draw a stark contrast to the Trump administration — and in case Democratic candidate Joe Biden wins the presidential race — prepare for another global governance competition. For a country that has no allies, multilateral cooperation holds great significance for China.
Third, Beijing turns Washington’s attacks to its own advantage by fueling the Chinese public’s patriotism, using it to reinforce domestic integration. In times of the pandemic, this helps Beijing regain public support for its government and Communist Party. Still, despite high levels of nationalism, China refrains from overtly expressing anti-American sentiment. Even the Global Times, a highly nationalist news outlet in China, tries to control the Chinese public’s anti-American sentiment and induce Chinese to support the Communist Party by propagating the idea that most Chinese do not hate the United States and wish bilateral relations do not hit rock bottom.

The Xi administration faces dilemmas at home and abroad. But leaders of the Chinese Communist Party learned lessons from history that China’s dynasties collapsed when their internal woes were coupled with external challenges. In that case, Chinese leaders chose to focus on internal governance to brace for external woes. As China has a number of neighboring countries along the border, it must create a low-cost — yet stable — international environment. It has often opted to take advantage of external challenges to promote internal governance and integration rather than squarely confronting them.

The Xi administration is trying to buy time to bulk up its Communist Party on the excuse of Trump’s China offensive. Even as it protests against the U.S., China blames only “some” American politicians for harboring bigotry and hostility toward China, leaving open some room for possible negotiations in the future in case circumstances change after the U.S. presidential election. Rather than intensifying conflict between Washington now, Beijing is preparing for the long haul 30 to 50 years ahead.

Xi’s government desperately needs concrete accomplishments that can meet his people’s higher expectations by overcoming the Covid-19 pandemic, the United States’ pressure, the international community’s negative perception of China, and difficulties in securing a new growth engine for China. The job hinges on whether Xi can substantially raise the quality of Chinese people’s livelihoods across the board. That’s why Xi, despite Trump’s pressure campaign, devotes himself to improving China’s domestic economy and eradicating poverty, while reenacting Deng Xiaoping’s famous 1992 Southern Tour of China by visiting Shenzhen.