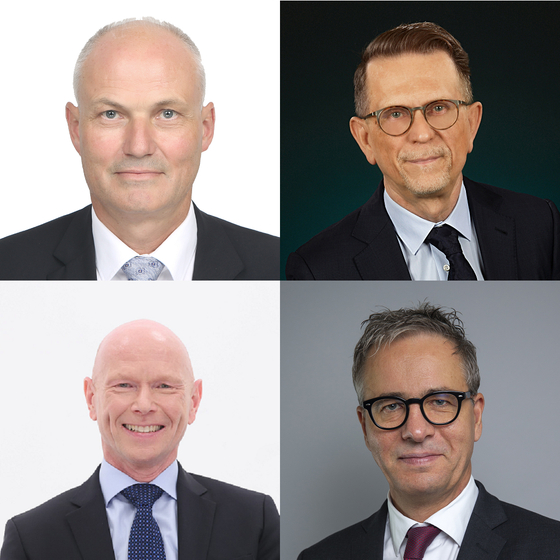 When you order a normal takeaway dinner, you often receive enough plastic to fill up a garbage bag — which coincidentally is also made of plastic. Every year, the global production of plastic creates 1.8 billion metric tons of CO2 — approximately three times the total emissions of Korea. But that is just one side of the problem. We also need to look at where the plastic waste ends up.

Sadly, increasing quantities of our plastic waste end up in the oceans at the expense of marine life and biodiversity. The amount of plastic waste in our oceans is equivalent to dumping a truckload of plastic in the ocean every minute. And the problem is accelerating. Since 1950, plastic production has doubled 200 times and is expected to grow significantly in the coming years. And most of this plastic is actually still around — as waste.

But why is plastic waste in the oceans such an immense and significant problem?

Plastic has many properties that we highly value in our modern society: It can be molded and designed to last for a long time. Yet, these are the same properties that make mismanaged plastic waste a problem when ending up in our environment and our oceans. Plastic persists on in our environment for years, before it eventually breaks down to micro-plastic. Plastic waste is being transported across our globe by ocean currents and can become a vector for spreading invasive alien species and harmful chemicals. Today, plastic litter is found in the Arctic sea ice and on the beaches of the most remote islands in the Pacific Ocean.

Plastic litter poses a large threat to marine ecosystems and marine biodiversity. Fish, turtles, mammals, and other animals risk getting entangled in discarded plastic waste and may consume plastic litter harming their digestive systems. We have seen multiple tragic examples of whales found with plastic in their stomachs. In 2019, a dead whale drifted ashore in the Philippines. During the autopsy, more than 40 kilograms (88 pounds) worth of plastic bags was found in its stomach. The cause of death was clear. The whale had died of plastic consumption.

Plastic is also harmful to all forms of life in the ocean. Plastic pollution is one of the biggest threats to coral reefs after ocean warming. The oceans generate at least half of our planet’s oxygen and a big part of this stems from coral reefs. The coral reefs also absorb nearly one-third of the man-made CO2 even when the coral reefs cover less than 1 percent of the ocean area. However, it was estimated in 2018 that there were already 11.1 billion plastic items entangled in the corals, items like bottles, diapers, cotton swabs, and food wrappers — and this was only in the Asia-Pacific region. Corals entangled with plastic are 85 percent more likely to be diseased, meaning reduced oxygen generation and CO2 absorption. This influences biodiversity in our oceans negatively and threatens our efforts to reach our climate goals.

However, it is not just the life of the oceans that is at risk. Mismanaged plastic also damages our economies and livelihoods. We therefore welcome Korea’s ambitious goal to reduce marine plastic littering by 50 percent by 2030. However, this is a global problem in need of a global solution, as plastic in the environment knows no borders. There are still large gaps in the existing international legal and policy frameworks, making them ill equipped to prevent and produce plastic pollution. A new global agreement is needed to provide a long-standing permanent framework for global cooperation.

The Nordic countries have signed a ministerial declaration calling for a new global agreement to ultimately end all discharge of plastic litter into our oceans. We invite the Republic of Korea to join this effort to combat marine plastic litter by calling for a global agreement to prevent plastic pollution and support a decision on starting negotiations on such an agreement at the second session of the United Nations Environmental Assembly (UNEA) 5 in February 2022. Korea can show the world its global leadership in solving this problem.

We need to stand together and take responsibility and address the issue of plastic pollution across the whole value chain of plastic. We need to build better waste management systems to ensure that the plastic do not end up in our oceans, but we also need to get smarter about the way we produce, use and dispose of our plastic. Our ambition should be leaving our children and future generations with clean and healthy seas. Let’s join forces to reach that goal!


This is a joint op-ed written by the ambassadors of the four Nordic countries.