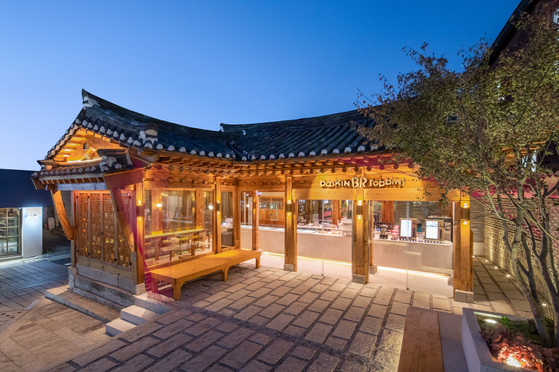 The Baskin Robins concept store in the hanok village of Samcheong-dong, central Seoul, late in the evening. [SPC GROUP]

The store employs elements of the traditional hanok houses. The location is decorated with string art installations inspired by hemp weaving.

Baskin Robbins will offer discounts via the Happy Point app to celebrate the opening of its Samcheong-dong ice cream shop. Coupons offering up to 30 percent discounts on the chain’s signature items, like the “Garden Sundae” and “WaWa Tteok” can be downloaded through its app.

The coupons can be used until Nov. 19.