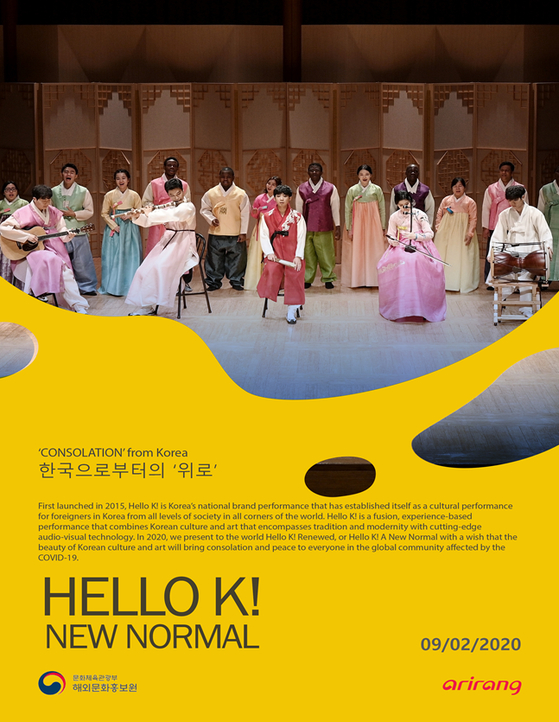 The "Hello, K!" poster [MINISTRY OF CULTURE, SPORTS AND TOURISM]


The Ministry of Culture, Sports and Tourism will release a new video titled "We Never Quit" as the second of its "Hello, K!" video series on Nov. 2 to spread the message of hope to the world during hard times through the power of music and dance.

The Culture Ministry, in joint efforts with the Korean Culture and Information Service and the Korea International Broadcasting Foundation, released the first video "Amazing Arirang" on Oct. 19 as consolation for everyone around the world struggling due to Covid-19. 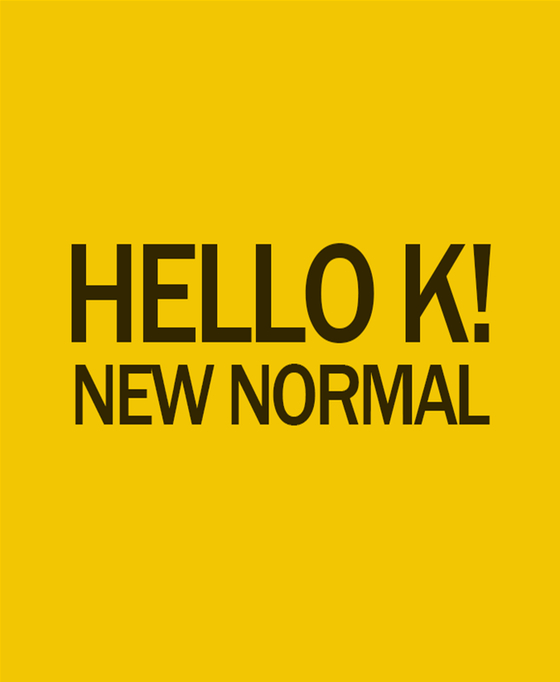 
The fusion of Korean traditional music, or gugak, and the English hymn "Amazing Grace" has garnered over 100,000 views so far.

The second video takes a modern turn. Five K-pop songs — BTS's Billboard-topping "Dynamite," ITZY's "Not Shy," Twice's "More&More," Blackpink's "How You Like That" and Oh My Girl's "Nonstop" — have been recreated into immersive content where the choreography of the songs has been shot from a 360-degree angle, made easier for people overseas to watch and follow the dance moves.

"People will be able to feel the hope of our culture and arts through the online experience where they get to learn to dance, which will give a sensation of stepping into the future without giving up," the Culture Ministry said.