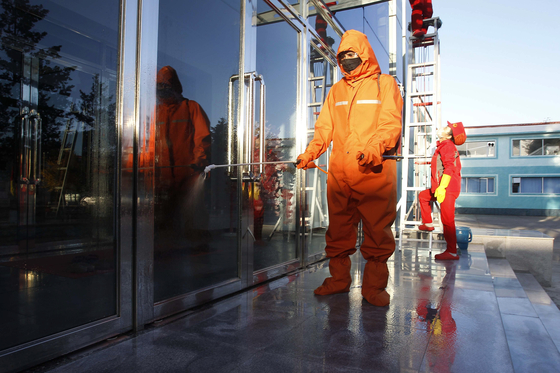 
North Korea said Friday that Seoul is ultimately responsible for the shooting death of a South Korean fisheries official killed last month because the South Korean government failed to stop his border crossing.

"Explicitly speaking, the recent inglorious incident in the waters of the West Sea of Korea was the result of improper control of the citizen by the South side in the sensitive hotspot area at a time when there are tension and danger due to the vicious virus sweeping the whole of South Korea," the North’s state-run Korean Central News Agency (KCNA) said Friday. "Therefore, the blame for the incident first rests with the South side.”

A 47-year-old fisheries official was fatally shot by North Korean soldiers on Sept. 22 while adrift in the North Korean waters of the Yellow Sea, according to the South's military. He went missing the previous day while on duty near Yeonpyeong Island of the South. How he ended up in the North remains a mystery. 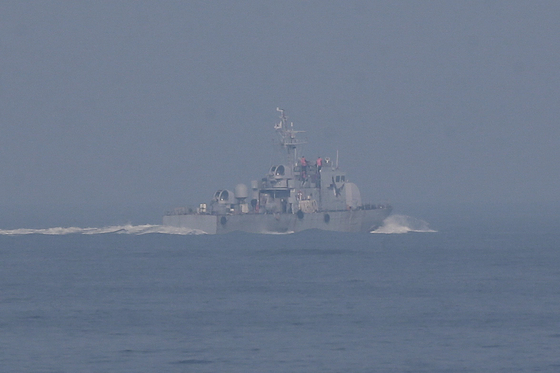 A South Korean Navy ship searches for the body of a fisheries official shot and killed by the North last month in the waters near the Soyeonpyeong Island on Oct. 19, 2020. [YONHAP]


The KCNA said the North has been searching for his body to return it to his family, but found nothing. It said it will continue work on the recovery operation.

On Sept. 25, North Korean leader Kim Jong-un sent a rare apology to the South, saying he was “immensely sorry” for the “unexpected” killing of the official. Two days later, Seoul proposed a joint investigation to Pyongyang, but the North has yet to respond.

Stressing that Pyongyang does not want the incident to lead to a “catastrophe” in inter-Korean relations, the North complained that conservative politicians in the South are raising human rights issues against the North and using the incident as an opportunity for “dirty political purposes."

The North also said the South has no right to complain about human rights issues in other countries, since it used automatic weapons to kill one of its own citizens trying to defect to the North.

In September 2013, the South Korean military had shot and killed a man who was trying to cross the border at the Imjin River to defect to the North.

"We issue an advance warning to the South Korean conservative forces that their thoughtless confrontational act may invite greater misfortune," the North said Friday.

The North’s warning apparently targets growing moves in the South to bring up the issue in an international setting. The victim’s family has been demanding an investigation by the international community.

Earlier this month, the victim’s elder brother, Lee Rae-jin, submitted an appeal to the UN Human Rights Office in Seoul demanding a probe by the United Nations. He has also met with Foreign Minister Kang Kyung-wha earlier this week and for Seoul to cosponsor the UN human rights resolution on North Korea.

Last week, Tomás Ojea Quintana, the UN special rapporteur on the situation of human rights in North Korea, raised the issue during a meeting of the UN General Assembly and denounced the North.

“Such an incident seems to entail the arbitrary killing of a civilian in violation of international human rights,” he said. 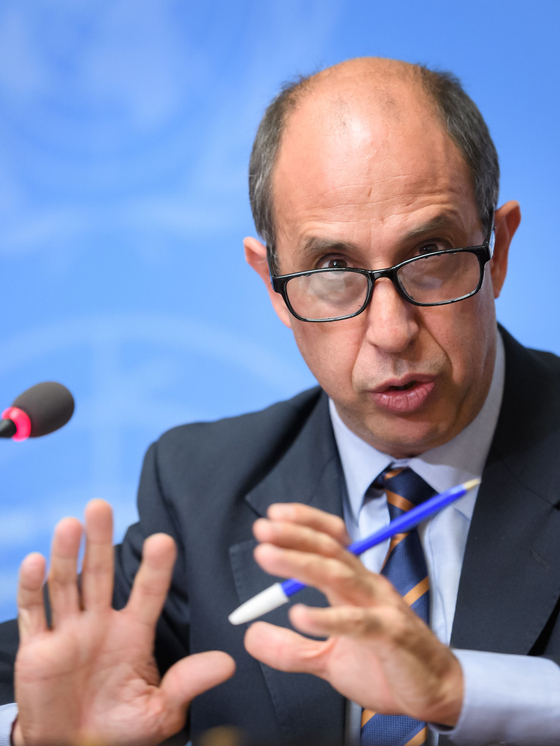 
Earlier this month, he also urged the North to punish those responsible for the killing and to compensate the victim’s family.