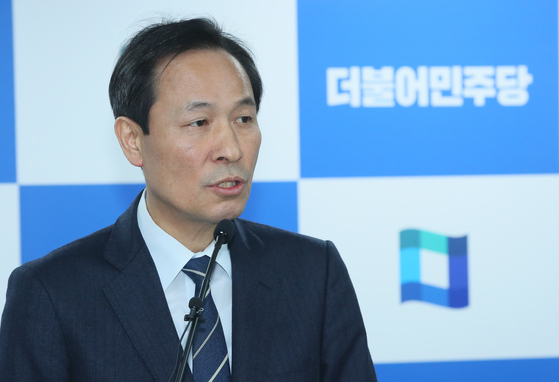 
A four-term lawmaker of the ruling party on Friday said he wants to run in next year’s Seoul mayoral by-election, if the party decides to field a candidate.

“When the party decides on its position, I will actively consider it,” Rep. Woo Sang-ho of the Democratic Party (DP) said in an interview with CBS Radio, when asked if he will be running to become the next mayor of the capital city.

In April next year, Seoul and Busan will hold by-elections to select new mayors, both positions that used to be occupied by DP members. The Seoul mayor's post became vacant in July after Park Won-soon was found dead in an apparent suicide, seemingly after becoming aware that his former secretary had filed a complaint with the police alleging years of sexual harassment.

The DP has been careful about preparing for the by-elections because its own constitution bars it from fielding candidates for the vacancies.

Clause 2, Article 96 of the DP’s Constitution says the party will not nominate a candidate in a by-election if a party member elected to a public office loses the post due to grave misconduct, such as corruption. The clause was introduced in 2015 when President Moon Jae-in was the party's chairman.

Earlier this week, DP politicians started a process to change the clause and field candidates in the by-elections.

“We will hold a vote of all DP members to decide whether we will revise the Constitution to field candidates or not,” Chairman Lee Nak-yon said Thursday. 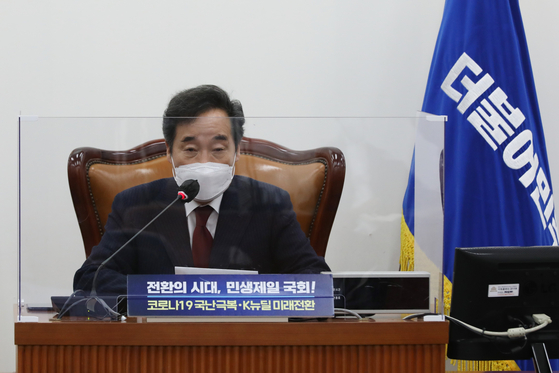 Chairman Lee Nak-yon of the Democratic Party speaks at the general assembly of lawmakers on Thursday. [YONHAP]


“Not fielding candidates is not necessarily the only way to assume responsibility,” Lee said. “I came to a conclusion that it is better to field candidates and face the people’s judgement.”

The DP will hold an online vote with paid party members on Saturday and Sunday.

Rep. Woo admitted Friday that the party is trying to make the change because the by-election outcomes will decide the party’s fate in the next presidential election.

“If the People Power Party [PPP] wins the by-elections just because we don’t field candidates, the next election will be the presidential election,” he said. “The impact is too big.”

The opposition parties — both conservative and progressive — condemned the DP’s about-face.

“The ruling party is repeatedly deceiving and defrauding the people,” said Rep. Joo Ho-young, floor leader of the main opposition PPP. “They must not fear the people’s judgements.” 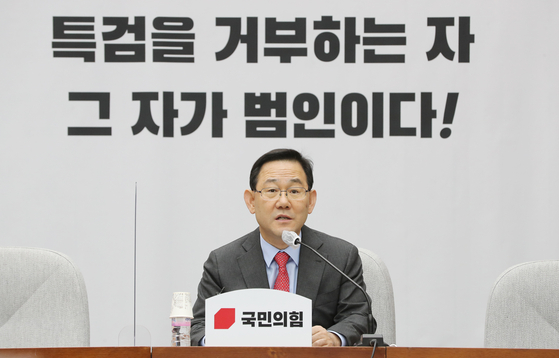 
“This clause was introduced when President Moon was the chairman," said Rep. Lee Jong-bae, chief policymaker of the PPP. “They called it an innovation, but they are throwing it away when it is most needed.”

Rep. Sung Il-jong of the PPP publicly urged Moon to speak up on the change.

Rep. Ryu Ho-Jeong of the Justice Party criticized the DP for using its members to legitimize the controversial change.

“The DP is cowardly, because it is forcing its members to make this cowardly decision,” she said in a Facebook message on Friday.

A race of mud-slinging (KOR)