'Konglish Killer' teaches you the difference between cider and sprite

'Konglish Killer' teaches you the difference between cider and sprite 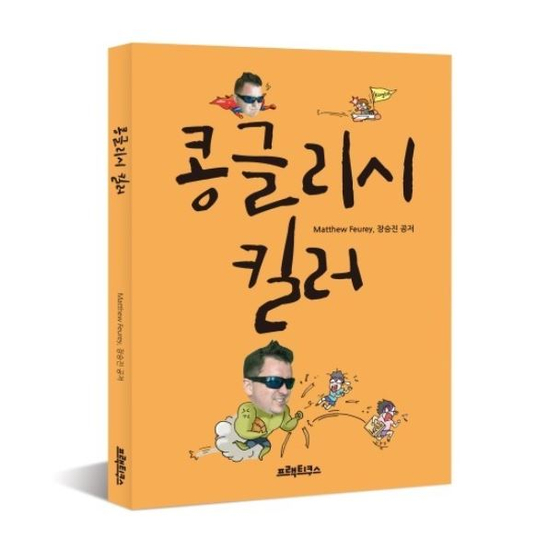 
“Never take your hands off the handle when you drive.”

"I met my husband on my first meeting in college."

“Do you prefer cider or cola?"

“You guys look cute in that couple look.”

For many Koreans who grew up in Korea and are learning English here, the above phrases don't sound out of the ordinary.

But for native English speakers, these words and phrases often used by Koreans speaking English, are confusing and strange.

Although Konglish may not be a critical hindrance when it comes to getting the point across in English, Matthew Feurey, an American businessman who runs consulting firm Pangea Consulting that trains Koreans to do businesses in English, thought it was important to point out to his students that such expressions are actually wrong.

Together with Jang Seung-jin, who is a professional interpreter and the head of a publishing company, Practicus, Feurey decided to collect all the Konglish expressions he’s encountered and corrected over the last decade of living in Korea and publish a book titled “Konglish Killer.”

There are 243 Konglish expressions in the book, including the above phrases.

“The word ‘handle’ Koreans use to refer to is in fact called a ‘steering wheel’ in English,” states Jang and Feurey in their book.

According to Feurey, Jang suggested he publish the book after noticing him correcting so many Konglish expressions that come up while hosting a YouTube channel together.

“He said if I could compile a list and give corrections and examples, we could publish a book,” said Feurey. “I went back through years of notes, corrections and e-mails to dig through all the Konglish expressions.”

“Our target readers are anyone who is going to be traveling, doing business and communicating in English with English speakers,” Feurey added. “If you plan on staying in Korea and speaking Korean, Konglish is perfectly acceptable.”

Feurey believes that Koreans are used to using the wrong expressions, ones that are taught in school.

“I guess the elementary English textbook was not written by a native speaker so there are a lot of mistakes that every Korean learns and needs to unlearn. There are a lot of charlatans in the English education business,” he said.

Feurey also added that Konglish exists because some of the words are directly translated from Korean to English.

“The word ‘play,’ for example. An adult saying ‘I played with my friends last weekend’ sounds strange. You should say ‘hang out’ or specify what you did.”