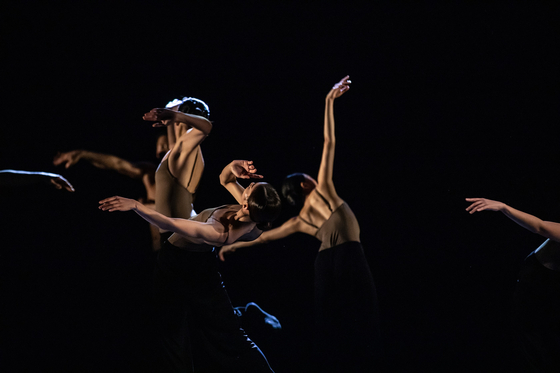 
Quality performances provided for free online amid the coronavirus pandemic have allowed many without the time or money the opportunity to see shows they might never have had the chance to see before.

Preparations for another not-to-be-missed quality performances are underway at the Korea National Contemporary Dance Company (Kncdc).

To celebrate its 10th anniversary, the dance company has been preparing to hold a grand festival and is asking people, "Let's get together."

"At first, we thought it was a shame to take things online for our 10th anniversary," said Nam Jeong-ho, artistic director of the Kncdc. Nam, who was a member of the dance company Cie Jean-Gaudin in France, succeeded choreographer Ahn Sung-soo to head the contemporary dance troupe in February.

"But it'll be an opportunity for more people to learn about and enjoy contemporary dance very casually. That's why we decided to name the festival, 'Let's get together,' like asking people, 'let's get to know each other,' and 'let's be close friends.'"

For two weeks from Nov. 16 to 29, the festival will showcase about 24 works, which are divided into four categories. Different performances will be streamed on different dates but they will all begin at 5 p.m. regardless of the date.

Fans of the Kncdc's works can tune into the Archive Performance section as it will present 14 performances of the company's previous works showcased over the past 10 years. The company said it has selected the 14 that have especially been popular both in Korea and abroad.

For example, "Nativos," which is a piece of work co-produced by the Kncdc and the Théâtre de Liège, will be streamed on Nov. 19 and 22.

Choreographed by Ayelen Parolin in collaboration with Marc Iglesias and dancers, "Nativos" was highly received by the European dance scene when it premiered in 2016. According to the Kncdc, Parolin has invited a Korean traditional percussionist to accompany a piano for this piece so that the energy on stage can be amplified.

"Traces of Black Sand," choreographed by the company's former artistic director Ahn, which is another representative work of the company, will also be streamed on Nov. 16 and 28.

Kncdc's "Hositamtam," which had its premiere in 2012, will also be streamed on Nov. 18 and 26 as part of choreographer Hong Sung-yop's highlights. Hong was the company's inaugural artistic director.

According to the Kncdc, "Hositamtam" is made up of two pieces of works with different themes — "Kicked Hard the Tiger's Nose" that portrays a noble-minded and pure heart inside a man to awake pure human nature, and "If it cannot be helped," which represents the dark side of a man that is always on alert for a chance to rationalize the wicked acts of the self. 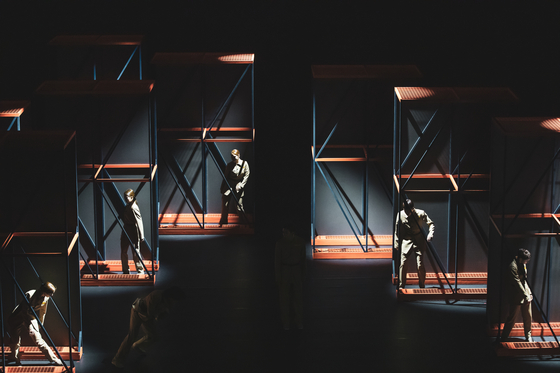 
In the Dance Film category, three works will be available, including "Beyond Black."

Choreographed by Shin Chang-ho, this work introduces the use of artificial intelligence in its choreography. Similar to his previous works, such as "Man-made" and "IT," the choreography reflects Shin's thoughts on the relationship between human beings and technology. It will be streamed on Nov. 20. 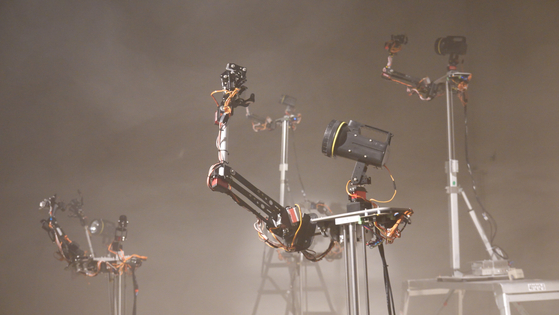 Three choreographers have worked with media artist Kwon Byung-jun, who is known for his performance projects involving robots. Kwon's own work "Shut up and dance" is reminiscent of a techno club of the 1990s (available throughout the festival), while choreographer Ye Hyo-seung's "Reproduce: Ability" (translated), which will be streamed on Nov. 17, may amuse the audience with the robots' contrasting movements of "soft and hard," according to the company.

Three works will be presented in the Music and Improvisation Dance section.

The company said the works in this category are very unique as they showcase dance performances that were filmed in special places using great music, produced especially for this non-contact, online festival. 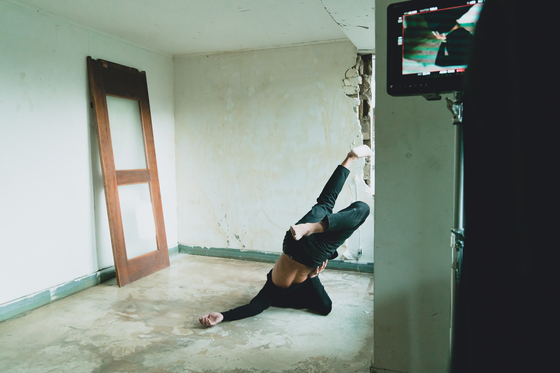 
For example, in "Non-contact impromptu" (translated), different dancers appear in different places doing their own impromptu dances to music by underground DJ Polarfront.

For more information on the festival, visit kncdc.kr