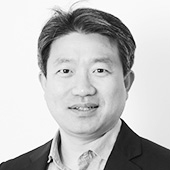 Kim Seung-hyun
The author is the editor of political news at the JoongAng Ilbo.


The serious-faced meetings these days between the ruling Democratic Party (DP) and government seem farcical. All the pretension is for the work of sugarcoating harsh policies to make them easier to swallow or deceive the public. Likewise, sugarcoating is also employed in medicine to hide the unpleasant taste or smell of a bitter pill. The coating actually has no effect on the actual medication.

The Moon Jae-in administration has expertise in sugarcoating unpleasant policies to hide the bitter taste. The latest clash between the DP and Finance Ministry over the stock capital gains tax is an example. The Finance Ministry proposed to lower the threshold for taxation to 300 million won ($269,400) from the current 1 billion won. The move was vetoed by the DP. It seems the ruling party helped reduce the tax burden for individual investors. But the action leaves a bitter taste as its real motive is obvious.

An incremental change in the capital tax code was already agreed to in 2017. Under the revised bill, the threshold for capital gains tax would be incrementally lowered from 1.5 billion won to 1 billion and eventually to 300 million won. The change was based on the fair taxation principle. The levy would target about 1 percent of 25 million individual investors who can afford to put a minimum 300 million won on one stock.

The DP, which traditionally calls for higher taxes on the rich, however, went all-out to stop the change to the point of making Deputy Prime Minister and Finance Minister Hong Nam-ki hand in his resignation. The dramatic turn had one simple motive — impact elections. The party needed to appease retail investors who were helping sustain a bull market — and the middle class who would face a sharply fatter tax bill even for owning a single apartment due to drastic hikes in property evaluation for taxation. The ruling party surrendered the fair tax principle to win favor from middle-class voters. Baffled Hong had to question the DP why it suddenly turned against the plan it enthusiastically approved three years ago.

The DP contended that the tax policy should be compromised to lessen the people’s burden amid Covid-19. Hong threw in his resignation to defend consistency and credibility in policy-making. The sugarcoating magic appeared once again. President Moon publicly expressed confidence in Hong, praising him as the best person to spearhead economic recovery. Hong was immediately tamed and accepted the wishes of his boss.

The main opposition People Power Party (PPP) demanded an apology from the finance minister for deceiving the people. Hong pleaded for understanding of his “sincerity.” The road map for fair taxation has been shunned. The ruling front is unashamed for eating its words or being contradictory as long as its goal is achieved. The effect of the sugarcoated pill and credibility of public policy is a different matter.

The ruling party is an ever-evolving chameleon species. It trashed its earlier pledge not to nominate candidates for Seoul and Busan mayoral posts which became vacant due to unethical behaviors by former ruling party mayors. Now, DP Chairman Lee Nak-yon makes a solemn pledge to field “ethical” candidates. The party is not only devoid of conscience, but is also oblivious to what wrong it’s committing.

The tragic killing of a South Korean civilian and sexual misconduct by local government chiefs of the ruling party are interpreted as “incidents” to learn lessons from. President Moon referred to the North Korean killing simply as “a civilian death in the West Sea” and claimed the incident “affirmed the need to establish peace” on the Korean Peninsula. North Korea coldly responded to the scrupulous effort from Moon not to annoy Pyongyang and claimed that South Korea should be blamed for the misfortune. After Seoul Mayor Park Won-soon took his own life after his former secretary filed charges for sexual harassment, the Ministry of Gender Equality and Family caused public outrage by referring to her as “a female claiming to be a victim.” The ministry also apathetically described the affair as a “lesson for the society on sexual awareness.”

The ruling party’s self-righteousness also went into action when the Board of Audit and Inspection found fault with the government’s economic evaluation of the Wolseong-1 reactor, which led to a hasty shutdown of the nuclear reactor. The DP also attacked Prosecutor General Yoon Seok-youl for being “political” and revolting against his boss, Justice Minister Choo Mi-ae. Choo even exercised her ministerial authority to order an inspection of the chief prosecutor. The government’s relentless campaign to oust the prosecutor general incompliant to the justice minister is packaged as part of “prosecution reforms. The government at least should be honest. The people are not that foolish and naïve to swallow a pill just because it is coated in sugar.