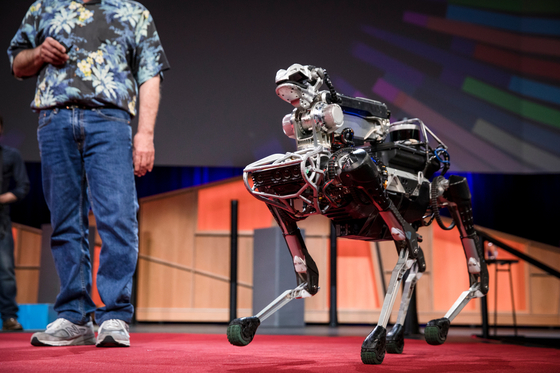 
Hyundai Motor is in talks with Tokyo’s SoftBank to acquire Boston Dynamics, a Waltham, Massachusetts-based robotics company, inching close to a deal valued as much as $1 billion.

A source at the automaker confirmed on Wednesday that discussions are ongoing, although nothing has been decided.

If realized, the deal would be the latest in a series for Hyundai as it strengthens its robotics business, while SoftBank is pushing to sell off holdings in unprofitable tech companies to address its financial troubles.

Hyundai Motor participated in a $11.7 million fundraising round for Boston-based Realtime Robotics last year, along with Mitsubishi Electric and Omron Ventures.

Founded in 1992, Boston Dynamics started off as a spin-off from the Massachusetts Institute of Technology. In 2013, Google acquired the company, followed by SoftBank’s takeover in 2017.

The company is known for its four-legged canine-inspired Spot, which is designed to undertake various tasks, from opening doors to routine site inspections.