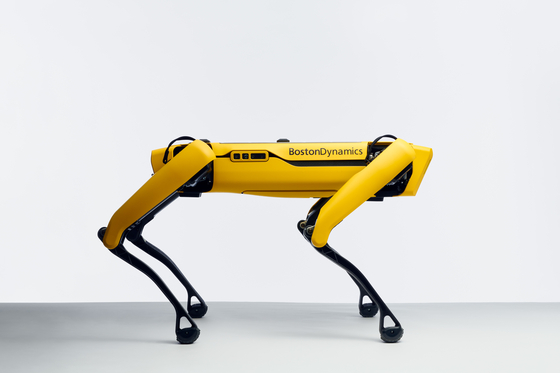 
Hyundai Motor Group’s push to shift from a traditional auto manufacturer to a mobility solution provider is expected to get a big boost from its recent 80-percent acquisition of U.S. robotics company Boston Dynamics.

Three affiliates and group Chairman Euisun Chung are set to purchase the controlling stake of the robot company from SoftBank Group at an estimated 950 billion won ($871 million) through a deal that valued Boston Dynamics at $1.1 billion. It will leave the Japanese investment company with a 20-percent stake once the transaction is completed, which is expected by the first half of next year.

The deal is the latest in Hyundai Motor Group's effort to expand its presence in robotics as it works to reduce its reliance on the traditional automobile market.

Chung last year announced that only 50 percent of revenue will derive from automobiles in the future, while 30 percent will come from urban air mobility and 20 percent from robotics.

The Boston Dynamics deal is Hyundai Motor Group’s biggest investment since establishing a 50-50 joint venture with Dublin-based start-up Aptiv in January to develop autonomous driving technology, in which the company invested $2 billion.


The robotics industry has emerged as a new battlefield among global carmakers as it is at the epicenter of the high-level technology that is considered essential for future mobility, such as artificial intelligence (AI), sensors and deep learning. 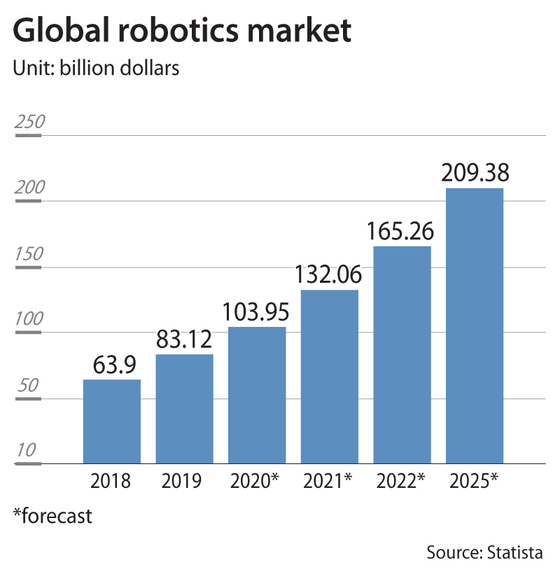 The robotics industry is expected to grow at a compound annual growth rate of 26 percent to reach just under $210 billion through 2025, according to analytics company Statista. Currently, the market is valued at $103.9 billion.


Other carmakers have already jumped into the industry, such as Honda, which has showcased its two-legged humanoid robot Asimo in 2000, and Volkswagen in January, which introduced mobile electric vehicle charging robots.

Hyundai Motor has been researching robotics and AI since 2018 and last year established Robotics Lab with a dedicated workforce. Its research was mainly focused on wearable robots such as exoskeletons made for rehabilitation or health purposes as well as safety purposes for factory workers.

With the latest acquisition of Boston Dynamics, Hyundai Motor plans to expand its territory by first advancing into the logistics robotics industry, with robots that help load and unload packages as well as sort and deliver them.

According to Hyundai Motor, Boston Dynamics already possesses logistics-specialized robots called Pick and Handle. Pick is able to use 2-D and 3-D sensors to find specific packages. Handle is able to transport packages from one location to another.

Hyundai Motor will then delve into robots that are able to move around the site for inspection and security purposes. The four-legged Spot robot from Boston Dynamics, which was unveiled in 2015, is expected to be of help in that area.

The ultimate goal for Hyundai Motor is to develop humanoid robots that are expected to support or replace human workers such as nurses at hospitals or even astronauts.

"Instead of acquiring several firms with different robot-related technology, we went for the acquisition of a company that possesses global top-tier technology comprehensively," said Hyundai Motor Group in a statement.

"The robotics business [at Hyundai Motor Group] will be able to pick up speed as incorporating a globally pioneering company with core technology in a short period of time has become possible." 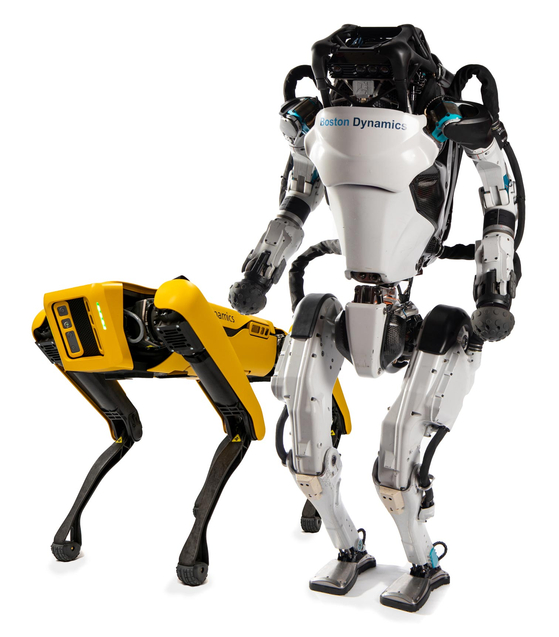 
Boston Dynamics has been recognized for its potential since its foundation in 1992 as a spin-off company from MIT, having been acquired by Google in 2013 and SoftBank Group in 2017, but wasn't as successful in turning a profit.

It was only this year that the company made its robot products available to the public for the first time. Its four-legged, animal-looking robot Spot began sales in June at a price tag of around $75,000.

Boston Dynamics recorded a net loss of $63 billion in the fiscal year ending in March 2019 and another $103 billion the next fiscal year, enlarging the loss by nearly 40 percent in 12 months.

"As is the case for all technology-focused companies, it is important that the core research and development workforce at Boston Dynamics remains even after the transaction is completed," said Song Sun-jae, analyst at Hana Financial Investment. "Its post-merger integration remains to be evaluated on whether this investment is a win-win strategy."