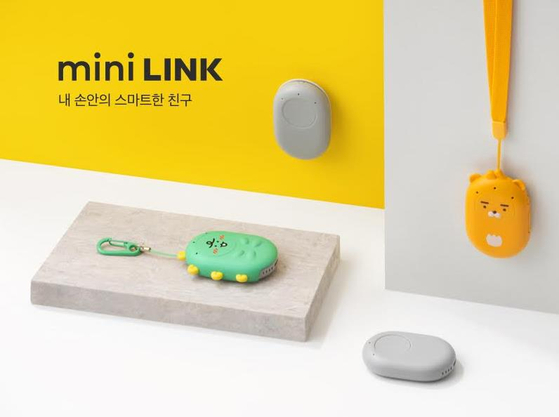 
“Youngsil, please tell me my schedule for today.”

This is a line from the tvN drama series "Start-up," which began airing in October. Smart speakers have become more mainstream, so much so that they regularly appear in the TV series.

The main character calls Youngsil, the name of a smart speaker. In the show, Youngsil helps complete a variety of tasks. As the spread of Covid-19 has forced people to spend more time indoors, smart speaker usage has gone up.

Kakao on Sunday released a white paper for the coronavirus era, summarizing consumption trends and analyzing phenomena that have risen during the pandemic. The analysis was based on January-June data from Kakao Talk and other services under the internet company, such as mobility, e-commerce and artificial intelligence. The increased use of artificial intelligence (AI) was highlighted as one of the major changes since the pandemic began.

Since the Covid-19 outbreak, the number of users and the frequency of use of smart speakers have risen.

The use of Hey Kakao, Kakao’s AI assistant, saw a growth curve in line with the spread of coronavirus in the country.

The number of times users say “Hey Kakao,” the command used to activate the smart speaker, also rose along with the increase in the number of users. As of the fourth week of April, the usage amount had risen by 48 percent compared to the beginning of the year. Throughout the first half of the year, the growth rate was in the 20 percent range, but dropped to the 10 percent range since mid June.

“The coronavirus spread has accelerated digitization, as communication using AI has also increased,” said a spokesperson for Kakao.

Among all areas of AI services, education and child care saw the biggest changes.

With more children studying at home, the rate of increase in the usage of AI speakers for education and child care was higher on weekdays than weekends. March’s average usage during weekdays rose around 45 percent compared to January. The value for weekends was about 30 percent during the same period.

Working out at home is another area that saw a big increase in users. Compared to January, traffic for related content rose by 50 percent.

Meanwhile, Kakao said a change in travel destinations, along with the use of AI speakers, was another big change since the virus pandemic began. Based on analysis of the travel history of people who departed from Seoul between February and June, journeys to Yangyang and Pyeongchang in Gangwon increased the most compared to the same period last year.

Kakao also looked at foreigners' travel patterns in Korea based on data from taxi service Kakao T's foreign language version. As it becomes more difficult to travel abroad, not only did travel to Incheon Airport decrease, but also travel to Itaewon Station on subway Line 6.

“People’s preference for travel destinations with less population density and exposure to clean air, mountains and forests seems to have affected the trend,” said a spokesperson for Kakao. “Fewer people now visit Incheon’s Jung District due to decreased use of Incheon International Airport, and Gangwon’s Jeongseon County has also seen fewer visitors as people don’t visit Kangwon Land as much.”