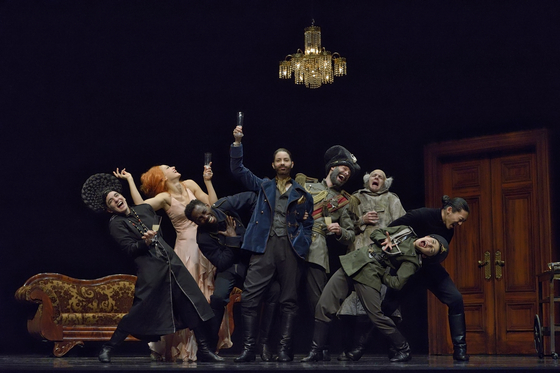 Dance performance "Revisor" will be available to stream from this weekend. [LG ARTS CENTER]


Nov. 27 - 28: "Revisor," a dance performance based on a satirical play by the Russian-Ukrainian dramatist and novelist Nikolai Gogol titled “The Government Inspector,” will be provided online for Korean theatergoers this weekend.

LG Arts Center has organized the online show in efforts to provide quality performances since so many have been canceled due to the Covid-19 pandemic. “Revisor” was scheduled to be performed at the LG Arts Center in May.

“Revisor” is dance theater master Crystal Pite’s latest piece, and she worked together with theater-maker Jonathon Young. The performance draws on Young’s adaptation of Gogol’s play “The Government Inspector,” which tells the story of petty bureaucracy, mistaken identity, mixed motives and the extensive political corruption of Imperial Russia.

Eight dancers of the Kidd Pivot company take the stage to perform and lip-sync to scripted voiceovers by Young’s actors. “Revisor” premiered in 2019, and the performance staged at the Sadler’s Wells in London early this year will be streamed for the Korean audience.

The play will be performed in English, and Korean subtitles will be provided. 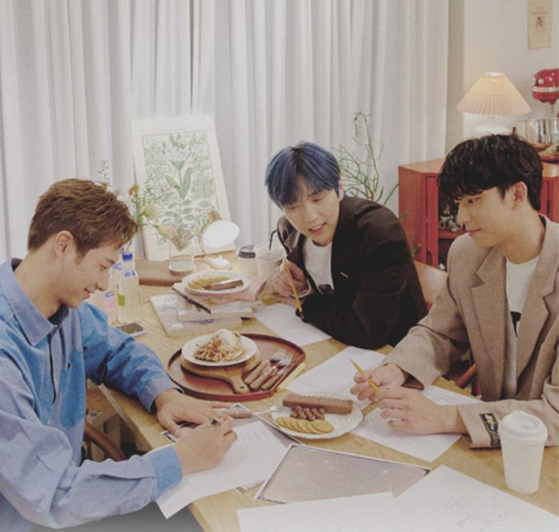 A teaser image of the upcoming concert by B1A4. [WM ENTERTAINMENT]

Dec. 5: K-pop boy band B1A4 will be holding an online concert amid the Covid-19 pandemic. A poster of the concert was unveiled on Nov. 22, which included the members’ comments on their upcoming performance.

“We wanted to show our fans different sides of us, such as the images of us offline,” said Sandeul. “From beginning to the end, we’ll be showcasing how we worked to produce this concert.”

According to CJ ENM, the upcoming show is not an ordinary concert but a “documentary show,” which will feature not only the band's performance but also a screening of a documentary on the members everyday lives.

The concert will be available at a special site at Interpark and ticket holders will be provided detailed information on how to log in and watch the show.


Nov. 27 – 28: Seven veteran traditional Korean dancers who have danced on the professional stage for more than 30 years will perform together to show the essence of Korean traditional dance.

Each dancer will take turns on stage to show off traditional dances that have been reinterpreted in their own styles in an attempt to "rewrite tradition," according to the National Dance Company of Korea.

Dancer Kim Won-gyeong will be reinterpreting a fan dance, while Park Jae-soon will fuse the drum beat used in Buddhist dance and the drum beat of the Jindo region to create a new style.

Information on other dancers' performances is available on the webpage of the National Theater of Korea.

Nov. 28: Korea's star pianist Cho Seong-jin, who is currently touring across the country for his first recital in his motherland in nearly three years, decided to add an extra day in Seoul for those who didn't get their hands on a ticket. Cho's encore recital will be held on Nov. 28.

Cho kicked off the tour on Oct. 28, stopping at different cities including Gwangju, Daegu, Busan, Changwon, Chuncheon, Gyeongju, Daejeon and Yeosu. His Seoul concert, for which tickets sold out in minutes, was on Nov. 4.

The recital begins at 5 p.m.

Dec. 8: As pianist Kim Sun-wook is known for his performances of Beethoven's pieces, many of his fans were anticipating a recital of the famed German composer's work as this year marks the 250th anniversary his birth. However, due to the coronavirus pandemic, Kim's scheduled recitals were canceled twice, in March and September.

Like many pianists, Kim hoped to stand on a podium one day and began his two-year postgraduate course in orchestra conducting at the Royal College of Music in 2010. 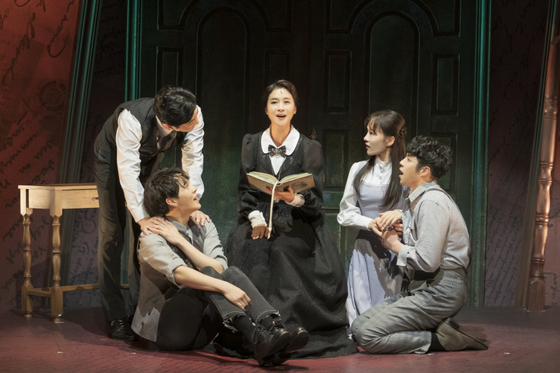