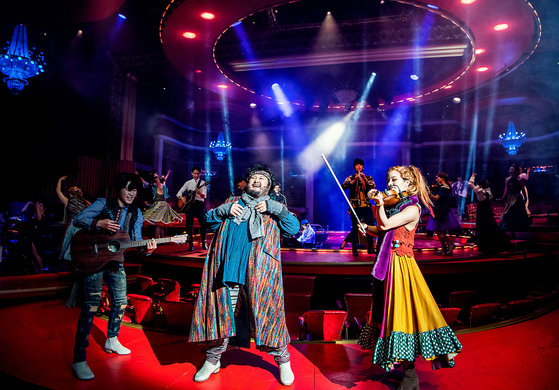 "Great Comet,″ which is a Korean production of the musical ″Natasha, Pierre & The Great Comet of 1812,″ based on the eighth part of Leo Tolstoy's 1869 novel ″War and Peace,″ is being staged at the Universal Arts Center. [SHOW NOTE]


Through May 30: Leo Tolstoy’s 1869 novel “War and Peace” may be a difficult book to read, but a musical adaptation is set to offer audiences an easily digestible vision.

Based on the eighth part of Tolstoy’s novel focusing on Natasha’s affair with Anatole and Pierre’s search for meaning in his life, the musical “Natasha, Pierre & The Great Comet of 1812” is a musical written by composer and lyricist Dave Malloy and directed by Rachel Chavkin. The musical had its Broadway premiere in 2016 and this year, it is premiering in Korea with a Korean cast.

Rather than being confined to migrant workers in Europe or to a specific period of time, the Korean choreographer attempts to focus more on the lives and emotions of the individuals to tell the story of displaced people forced to leave their homes and families and their struggles with separation, survival, freedom and oppression and loneliness. 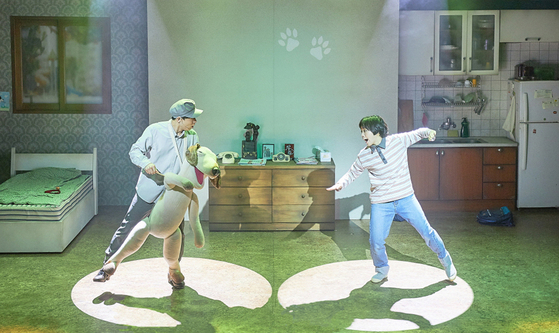 Children's musical ″Alsatang″ is being staged at the Galleria Foret in eastern Seoul. [HARLEQUIN CREATIONS] 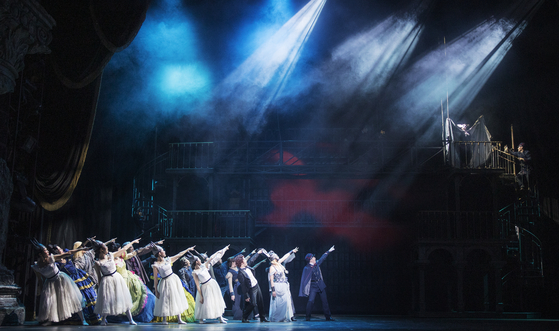 The Korean production of the musical ″Phantom″ is being staged at the Charlotte Theater starring veteran actors Park Eun-tae, Kai, Jeong Dong-seok, and Kyu-hyun. [EMK COMPANY]