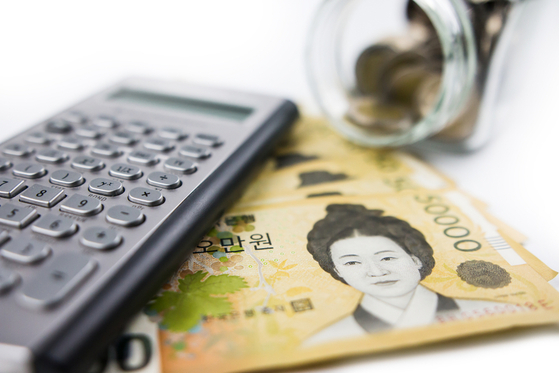 
Short-term personal loans ranging from 100,000 won ($90.34) to 3 million won, are becoming more accessible and popular, as banks with low interest rates and fintech companies are both coming up with programs for those with thin credit files and lower credit scores.

Financial services app Toss partnered with the Standard Chartered Bank Korea in September to create a short-term personal loan plan. College students and homemakers have been spreading the word about it in online communities. The program is under the regulatory “sandbox” conditions that allow fintech companies to take a role in approving the loan applications. For this short-term personal loan plan, Toss makes the judgment call. According to its own credit score system, the loans are given out within three minutes on the digital system. The credit line for each person is only 500,000 won, but the cumulative loans within the first two months were 230 million won, with popularity rising over time.

“The ‘thin-filers’ that score six or seven in the traditional bank system mostly use the plan,” said a spokesperson for Toss. “The evaluation process does not request information about customer income or the length of time at work, so the plan has been popular.”

Fintech company Finnq last September partnered with DGB Daegu Bank to introduce an emergency loan program, which has recorded 50 billion won in cumulative loans. According to the company, 70 percent of its customer base had credit scoring between four and eight on a scale of one to 10, where 10 is for those least creditworthy and one is for those with the best credit.

Kakao Bank in 2017 released a program for emergency loans and has been receiving positive feedback. Regardless of occupation or income status, people that score an eight can take out loans through Kakao’s program, for an amount between 500,000 won and 3 million won.

“The minimum annual interest rate is 3.2 percent, and the process only involves self-verification on mobile, so there has been a consistent flow of customers,” said a spokesperson for Kakao Bank.

The total value of small loans taken out via mobile apps of financial companies has also grown rapidly. According to experts in the bank industry, the cumulative amount from KB Kookmin, Shinhan, Woori, Hana and NH Nonghyup Bank amounted to 343.38 billion won as of Nov. 23. November’s value is more than 50 billion won higher than August’s value of 292.86 billion won.

The finance industry sees the short-term loan plan as the sweet spot, targeting the needs of those with low credit scores and the demand from banks that strive to draw in young adults who just started working and turn them into long-term customers. It has been hard for recent college graduates or college students to take out loans, since they do not have enough financial history, even if they have not already taken out loans or have overdue loans. In many cases, they were pushed out to second-tier financial institutions with interest rates higher than 10 percent, or even worse, illegal institutions.

“Young adults and college students who have only recently started working and have difficulty gathering documentation for their income have the potential to become long-term customers with a good credit,” said a bank employee. “Through the alternative credit evaluation systems, the [companies are] attracting customers through small loans, which have smaller risks.”

NH Nonghyup Bank at the end of last year released its emergency loan plan, providing loans of up to 3 million won based on the customer’s mobile use record instead of information on employment or income.

Even if the loan is a small amount, credit scores may take a hit if the customer does not pay the amount back in time.

“The insolvency risks aren’t too high since the loans are in small amounts,” said an employee at a commercial bank. “If the amount is overdue, there will be consequences when taking out bigger loans in the future.”