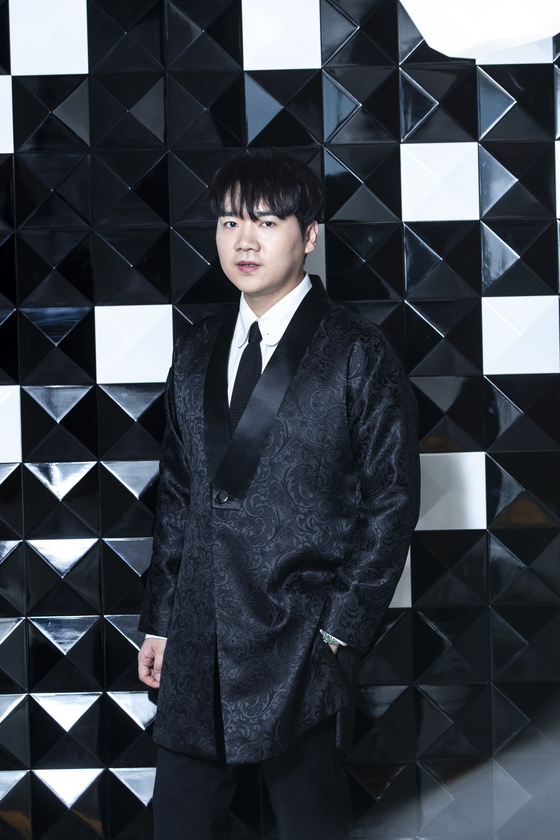 
Tenor John Noh, who shot to fame after appearing on JTBC's "Phantom Singer 3,” is an unusual classically trained vocalist. He can smoothly change his style of singing and has no problem with rock 'n' roll.

Singing an aria from Tchaikovsky’s "Eugene Onegin" and switching to rock band YB’s "Sarang Two" by singer Yoon Do-hyun might be challenging for other singers. But not for Noh.

“It is actually more difficult for me to be trapped doing something in one way,” said Noh, who met with the JoongAng Ilbo, an affiliate of the Korea JoongAng Daily, last week.

Those two songs are the ones he sung to audition for “Phantom Singer 3” in New York last year. Each time he performed on the show the judges raved, and Noh earned the nickname, "cheonjae (genius) tenor."

On “Phantom Singer 3," which ended in July, he competed as a member of group RabidAnce with three other members, which eventually finished runner-up to the winning team, La Poem. 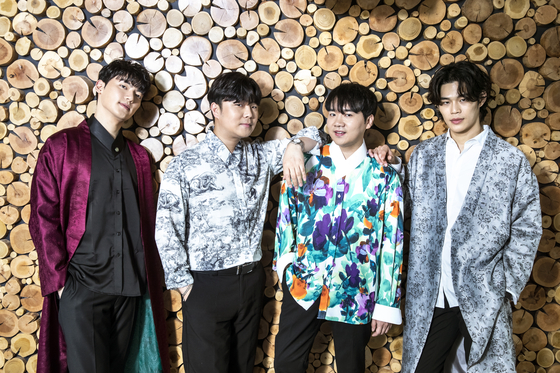 
The singer started his musical career relatively late, when he was in high school. He originally wanted to study theology following in the footsteps of his parents who are religious leaders.

Noh moved to the United States in high school, where he experienced an epiphany. He saw a YouTube video of tenor Luciano Pavarotti singing “Nessum Dorma” from Giacomo Puccini’s "Turandot," and found himself shedding tears.

He noticed a comment on the YouTube page. “As I hear your voice," it read, "I came to realize that God really exists."

“That was the moment I realized that I can do the work of a religious leader through music,” Noh said.

Noh was always surrounded by music in his life.

“When I was in elementary and middle school, I went to noraebang [booth-type singing room] almost every day,” he said.

“It was just too much fun singing. And my friends found it exciting when I sung songs by singers known to hit high notes like Cherry Filter or So Chan-whee.”

Years of singing songs from different genres has obviously paid off, given how Noh can effortlessly switch from classical to pop. Even when he was studying music at college, that's what he used to do with his friends.

He used to sing arias from operas inside military tanks when he was doing his mandatory military duty in Korea.

"There was no reason for me to separate music of one one genre from another," he said.

Noh finds one common aspect in all kinds of music: a sense of drama. He focuses on the emotions produced by a song and how to bring them out.

“Whether it is a classical aria or pop song, they all have lyrics,” said Noh. He likes to feel himself become the protagonist of a song when he sings it.

“I like the feeling of being a completely different person each time. And it is so thrilling to bring out characters within myself that I didn’t even know about."

Opera, with its inherent drama, has a special place in Noh’s life. Next year, he will be performing in Gaetano Donizetti’s “L’elisir d’amore,” playing the lead Nemorino, a villager who’s in love with someone wealthier. He said Nemorino is by far his favorite character in opera.

He said he dreams of becoming an artist who crosses boundaries in the music industry.

“What’s most delightful to hear for me is someone telling me that they started to pay more attention to opera the first time they heard me singing,” he said.

“I want to be a renaissance man who does all kinds of arts.”

For winners of 'Phantom Singer 3,' La Poem, this is just the beginning