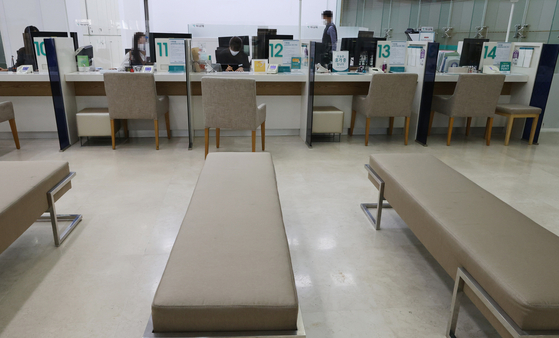 
Despite a blowout third quarter for financial holding companies, banks have been cutting head counts and slow walking the hiring process.

Nonghyup Bank started accepting voluntary retirement this year for employees over 40 years in age who have worked for the company for a decade or more as well as for workers above 56 who are on the work sharing program, in which employees are required to work fewer hours but are also paid less. Last year, 370 people applied, but the bank predicts that number to grow this year as the benefits offered are better than in the previous year.

Kookmin Bank, Shinhan Bank and Woori Bank also plan to accept voluntary retirements until January. A notice will be posted soon after they finalize discussions with labor unions.

The banks are planning to let go of workers more than 55 years in age. Workers at most banks already shift to a work sharing payroll system once they reach 56 years old. With attractive benefits offered this year, it’s becoming harder for seasoned bankers to choose between stretching out their salary or leaving early with a hefty paycheck.

“Special severance pay given out to voluntary retirees is normally higher than the severance paid out to workers who finishes their tenures,” said an official from one of the commercial banks. 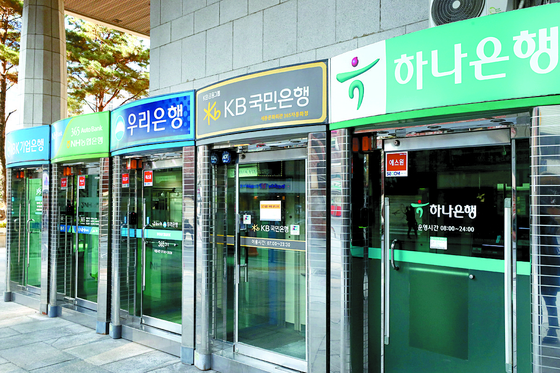 
“But the banks are willing to pay more and let go of their senior employees. This is because the Covid-19 pandemic has accelerated the closure of physical branches. Also, an organization becomes less energetic if there are too many old employees.”

People in the industry say banks might offer better benefits than previous years to cut down the workforce. In the case of NH Nonghyup Bank, which was the first to offer voluntary retirement, the bank said it offered a severance pay equal to 39 months of the bank’s average wage for employees working full time. This is an additional one-year salary compared to the offer given out last year, a reason why industry sources predict workers in their early 50s at Nonghyup might consider leaving.

Other factors could motivate people to retire early. Special severance benefits are taxed at a much lower rate than earned income. And a lump sum of money could be a good seed investment for those trying to open their own business.

The number of employees working at commercial banks has steadily dropped since 2016, as physical branches close and operations become digitized. A total of 74,106 people were hired at six commercial banks in Korea — Shinhan Bank, Kookmin Bank, Hana Bank, Woori Bank, Standard Chartered Bank of Korea and City Bank of Korea — in 2016. That number was down 8.5 percent in 2019.

The number of newly hired employees is also declining. Some 2,000 new hires were made by six commercial banks in Korea this year, a 30-percent drop compared to a year earlier. Bank officials say cutting labor costs is inevitable for their long-term survival, as they face new competition in the market and customers prefer new methods of banking over traditional methods.