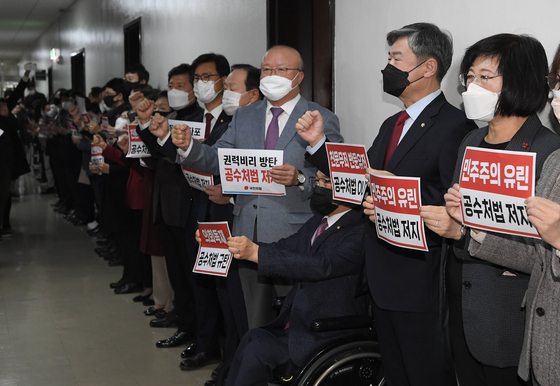 Lawmakers from the main opposition People Power Party (PPP) stage a rally in front of a meeting room for the Legislation and Judiciary Committee of the National Assembly in Yeouido, western Seoul, on Monday. They were protesting the attempted revision to the Corruption Investigation Office for High-ranking Officials (CIO), calling the legislation a shield for pro-government figures and a sword against those who oppose the administration. [OH JONG-TAEK]