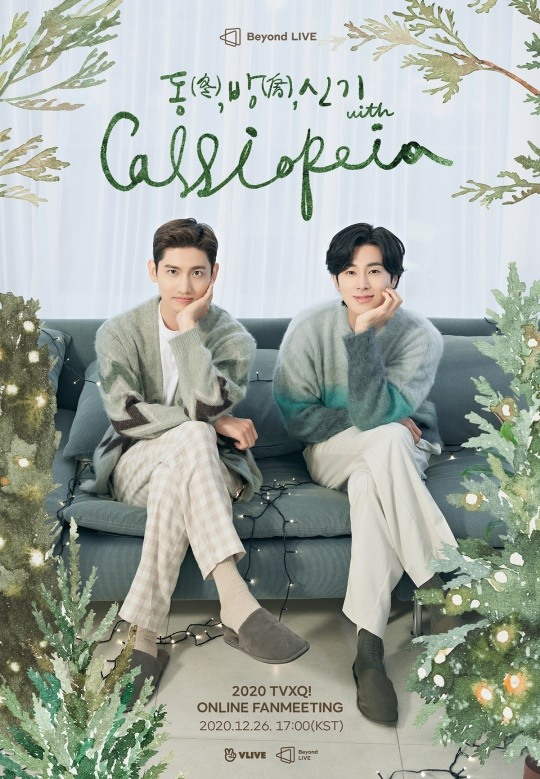 The poster for TVXQ’s upcoming fan meet to celebrate the 17th anniversary of its debut. [SM ENTERTAINMENT]


K-pop duo TVXQ is celebrating the 17th anniversary of its debut with an online fan meet.

On Dec. 26, the group’s debut date, the duo will go online on Naver V LIVE’s channel Beyond LIVE for “2020 TVXQ! Online Fanmeeting with Cassiopeia.” The event will start from 5 p.m.

Tickets for the event will go on sale from 3 p.m. on Dec. 14 via Naver V LIVE+. It will also be possible to buy tickets from Yes24 from 11 a.m. on Dec. 15. The price for the tickets has not yet been revealed.

The two members plan on talking about what they’ve been up to as well as taking a look back at some of their solo and group performances of their most popular songs.