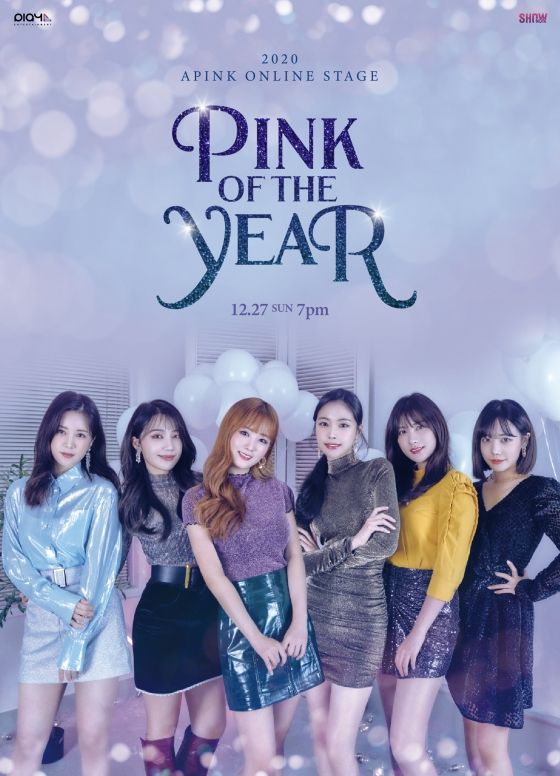 Tickets for the concert will go on sale from 5 p.m. Monday through Interpark and Yes24. Package deals which come with Apink-related products are only available via Yes24.

During the concert, the group is planning on looking back at its year in the format of a talk show and games including the members' personal activities and the group's ninth EP “Look.”

“It’s going to be a time where members can enjoy wrapping up the year with their fans,” the agency said.

Apink celebrates its 10th anniversary this year with the 2011 debut song “I Don’t Know.” Some of the group's other hit songs include “Mr. Chu” (2014), “NoNoNo” (2016) and “I’m So Sick” (2018). After success as a group, the members each tried their hands at solo careers in various fields in the entertainment industry.