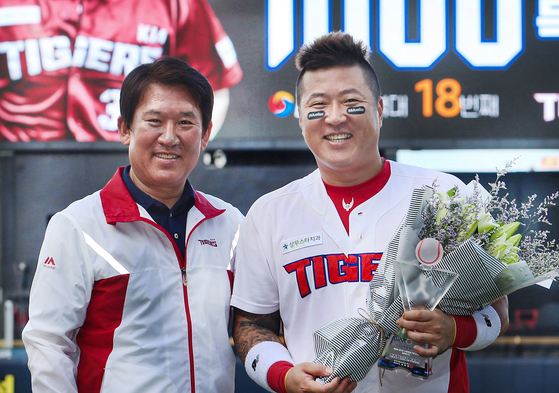 The Tigers announced Monday that they re-signed free agent Choi on a three-year contract at a maximum of 4.7 billion won ($4.3 million). With the signing, the 36-year-old veteran is expected to continue his career for three more years. Choi's contract includes a 1.3-billion-won signing bonus, 900 million won in annual salary and 700 million won in options.

Four years ago, after the 2016 season ended, Choi earned his first free agent status and became the first player in the KBO to break the 10-billion-won mark. Back then, he signed a four-year contract with the Tigers at 10 billion won and left the Samsung Lions.

This year, the veteran once again stood out for his batting. Throughout 140 games, Choi managed to finish the regular season with a .354 batting average, the highest in the league. He won the KBO's batting title and proved once again that age is just a number.