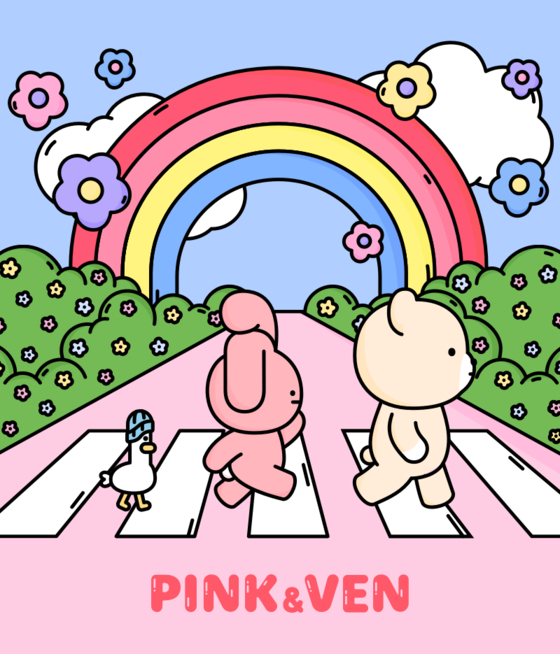 To mark the 20th anniversary of its launch, the first-generation music distribution company came up with a beige bear, pink rabbit and small pigeon to appeal to young music fans.

The “Pink & Ven” characters have a storyline in which a bear named Ven, who has poor hearing capability, begins to enjoy listening to music after meeting a big-eared rabbit named Pink, who can easily listen to the beautiful sounds of the world.

"We launched the 'Pink & Ven' characters to share our company’s passion to distribute music among various generations," an official from NHN Bugs said. "We will continue to develop new content so that we can provide new experiences for our users."