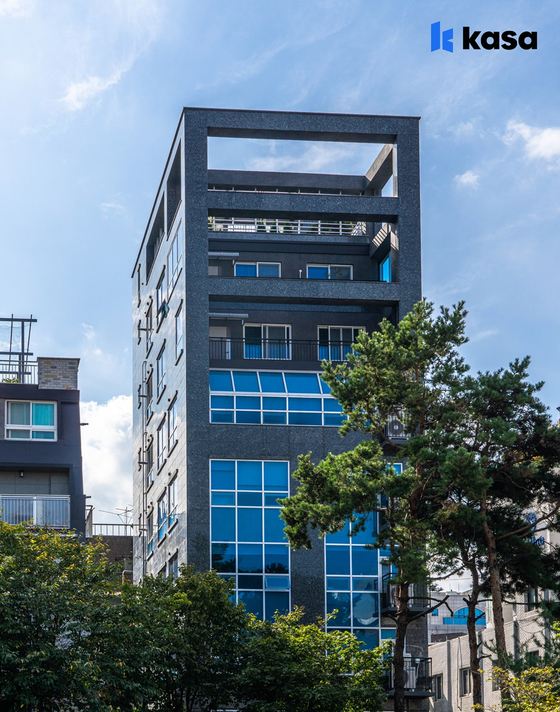 
Trading in government-approved digital asset-backed securities (ABS) will commence Friday with the listing of a commercial building in Yeoksam, southern Seoul.


Trading is on Kasa, a real estate investment platform that was opened in September. It is operated by the property technology start-up Kasa Korea, which uses blockchain to securitize assets and also obtained regulatory sandbox approval by the Financial Services Commission in December last year.

The ABS will be issued by trust companies using the properties as collateral.

The company issued 2.03 million units of digital ABS on the Yeoksam London Vill through its initial public offering, in which 10.1 billion won ($9.2 million) was raised. The units were distributed on the Kasa app on Dec. 10.

The nine-story Yeoksam London Vill is owned by Korea Real Estate Investment and Trust. A private school signed a five-year contract to rent the building in December 2019.

Trades on Kasa can be made on weekdays from 9 a.m. to 5 p.m., and investor deposits are managed by Hana Bank.

Details of the real estate properties, like the owner and loans outstanding, are provided on Kasa. Individual real estate holders can also list their property on the app.

“We saw immense investor interest for our platform, which led to our first public offering selling out,” said Yea Chang-wan, CEO of Kasa Korea in a statement. “Kasa will continue to list high-profile properties, and strive to facilitate investments in the real estate market.”

Kasa said an officetel in Gangnam, southern Seoul, is planning to list on the trading market.

Kasa Korea has attracted a total of 20 billion won from investors, which include the state-run Korea Development Bank and Northern Light Venture Capital.