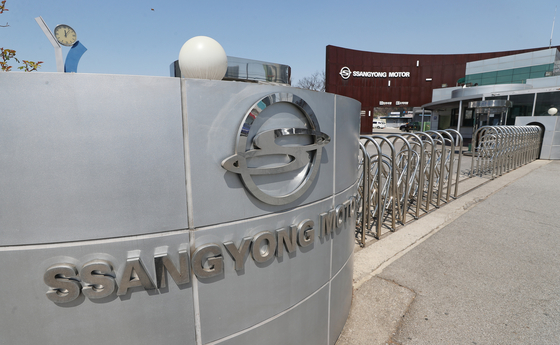 SsangYong Motor faces yet another major liquidity crunch as it continues to fail to pay back a series of loans amid deteriorating sales.


After defaulting on a 60-billion-won ($54.5 million) loan from foreign creditors last week, it is expected to again default on another 90-billion-won loan from its main creditor Korea Development Bank (KDB), due Monday.

KDB is expected to decide whether to extend the loan on Monday.

The state-run bank said “nothing has been decided [about SsangYong Motor’s loan],” but according to industry sources and media reports Sunday, KDB will consider extending the loan only if the foreign creditors decide to do the same.

“Due to a deterioration in management condition, [SsangYong Motor] lacks repayment capital,” said the automaker in a regulatory filing posted Dec. 15.

“[We are going to] try to extend the maturity date with the respective creditors.”

SsangYong Motor said it is in negotiation with foreign creditors to extend the loans.

The Korean automaker has been struggling to stay afloat as its car sales struggle on top of its parent company scrapping a sizeable investment plan due to the pandemic-driven economic fallout. Mahindra & Mahindra, which holds a nearly 75 percent stake in the Korean automaker, announced an exit plan early this year, saying it would lower its stake to below 50 percent.

SsangYong Motor has been selling off its assets to secure cash, including its logistics center in Busan for 20 billion won and an after-sales service center in Seoul for 180 billion won.

It has filed a request for a government fund which was handed out earlier this year to companies affected by the coronavirus.

KDB blocked the move, saying that SsangYong is not on the list of companies that were devastated by Covid-19 as the automaker has been in the red since before the pandemic.

SsangYong Motor has posted a net loss for 15 consecutive quarters.

The company’s car sales have experienced a 19.3 percent on-year drop so far this year, as of November.

It posted a 304.8-billion-won net loss as of the third quarter this year. Its auditor has refused to give an audit opinion for the company for three quarters in a row, questioning its future existence.

If the auditor again refuses for a fourth quarter, SsangYong Motor could be delisted from the Korean bourse according to the conditions laid out by the Korean Exchange.